After placing my hands on the Orb of Nine Realms and analyzing the latest Doctor Who Christmas special, I have been able to craft a forecast of what to expect in the coming year of agricultural policy. A word of warning: Much like Bitcoin, it may be impossible to understand the underlying rationale for this outlook.

January: President Donald Trump, speaking at the American Farm Bureau Federation annual meeting, cites that one reason he won't withdraw from NAFTA is the importance of the trade deal to agriculture. A week later, the White House insists the U.S. isn't withdrawing from the 24-year-old trade pact, but will "take a sabbatical" to get away from Canada and Mexico.

February: Citing the president's comments that raising the death-tax exemption was done largely to save small family farms, Heritage Action suggests the $83 billion in lost federal revenue over 10 years should come out of cuts to farm programs. The idea quickly gains steam in Congress. The funding crisis is solved after farm lobbies discover new, never-before seen data from the IRS and USDA showing very few farmers are actually affected by the estate tax.

March: Mexico relents to U.S. trade demands. The dominoes fall for the U.S. after Mexican beer producers declared they were running out of imported barley, causing Mexico's president to declare a national state of emergency. Mexico also agrees to build a wall.

April: Pointing to the findings of a newly constituted science advisory panel, EPA Administrator Scott Pruitt announces that -- "using sound science in decision-making rather than predetermined results" -- EPA is revoking the four-decade ban on Dichlorodiphenyltrichloroethane(DDT).

May: Months after Sen. Ted Cruz finally releases his hold on Iowa Agriculture Secretary Bill Northey, Cruz is invited to speak at a conservative conference in Des Moines. Before Cruz can get out a town, an Iowa sheriff announces he's "putting a hold" on the Texas senator until Cruz signs an affidavit declaring he won't mess with the RFS.

July: Noting that states are the incubators of innovation, Agriculture Secretary Sonny Perdue announces USDA is planning to turn farm programs ARC and PLC into block grants for states, called it "a positive step towards enhancing customer service and being good stewards of taxpayer dollars."

October: After the Brooklyn Bridge falls into the East River, the White House and congressional leaders meet and say they are "gosh-darn serious" about looking at an infrastructure bill in 2019.

December: After a tough slog, "The Farm, Food, Trade, Rural Development and Merry Christmas Act" is finalized in a lame-duck session of Congress. The $2 trillion bill redefines actively engaged by allowing commodity traders holding crop contracts on the CME to enroll in the Agricultural Risk Coverage program. CRP is opened up for winter wheat crops. SNAP is phased out after two years because the Trump Administration forecasts an end to poverty nationally. The bill also includes the Dicamba Limited Liability Act restricting claims for off-target crop losses.

DISCLAIMER: All descriptions, forecasts, predictions and analysis in this column were developed purely through observation, speculative modeling and algorithms. Such information should not be used to actual investments or roulette-table odds-making. Any characterizations in this column, real or imagined, should be taken with a grain of salt in this dimension of reality or any other parallel dimension or alternate reality that may be theoretically validated through string theory. 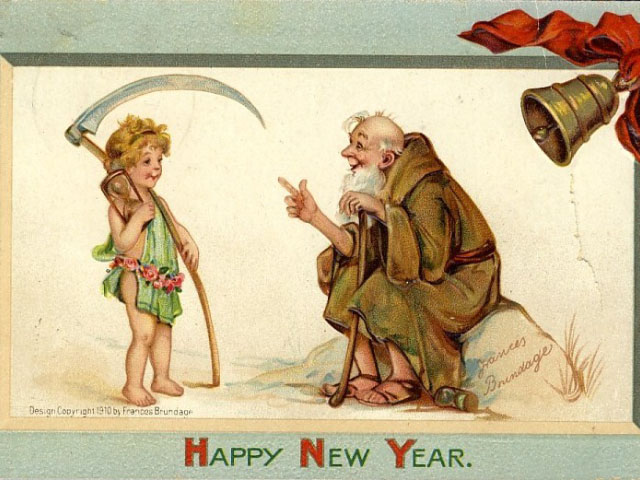