The National Pork Producers Council praised an announcement by USDA that it is rescinding another rule by the Obama Administration setting standards for organic livestock and poultry practices.

Other groups said Friday they were dismayed by the decision, including the Organic Trade Association and National Farmers Union.

The Organic Livestock and Poultry Practices (OLPP) rule required a certain amount of space -- both indoors and outside -- for animal or poultry products to meet the National Organic Program guidelines. The rule also details handling rules for transport and slaughter as well. The National Pork Producers Council had vowed last January to work with the Trump Administration to overturn the rule. The rule was put on hold as soon as the Trump Administration got into office and the president issues a regulatory freeze.

USDA will officially propose a withdrawal in Monday's Federal Register. People on either side of the issue will then have 30 days to comment on USDA's proposal to withdraw the rule.

"USDA believe that the Department's power to act and how it may act authoritatively prescribed by statutory language and context; USDA believes that it may not legally regulate outside the boundaries of legislative text."

Citing the growth of the organic industry, USDA also stated that the livestock and poultry rules could run the risk of stunting market growth.

The National Pork Producers Council also stated the welfare standards set in the rule were not based on science. The rule also would have a greater economic impact than was originally stated.

"We'd like to thank Sec. Perdue and the Trump administration for listening to our concerns with the rule and recognizing the serious challenges it would have presented our producers," said NPPC President Ken Maschhoff, a pork producer from Carlyle, Ill.

"Currently, we have too much inconsistency in how organic certifiers apply animal welfare standards to farming and ranching operations. This, in turn, endangers the organic label’s integrity and leads to consumer confusion. The OLPP rule would have helped mitigate these concerns by standardizing organic livestock and poultry practices for the voluntary National Organic Program," Larew said.

He added, “We urge USDA to find a solution that provides certainty to family organic producers and integrity to the organic label. Family farmers, ranchers, and consumers all benefit from thorough, accurate and consistent food labeling.”

The Organic Trade Association said USDA's announcement Friday was a "groundless step" done against nearly universal support among organic businesses and consumers. The original rules had been fully vetted, the group stated. Further, of 47,000 comments filed before November on how to handle the rule, only 28 comments supported withdrawing it.

"It is against this overwhelming public input that USDA ignores growing consumer demands for food transparency. Consumers trust that the Organic seal stands for a meaningful difference in production practices. It makes no sense that the Trump Administration would pursue actions that could damage a marketplace that is giving American farmers a profitable alternative, creating jobs, and improving the economies of our rural areas," The OTA stated. "Most striking is the administration’s continued confusion that organic standards are mandatory rather than voluntary. Farmers, ranchers and businesses choose to be in the organic marketplace, and Congress intended that industry and consumers work together to develop organic standards. This action undermines that goal."

Anyone wishing to comment on the rule can go through www.regulations.gov 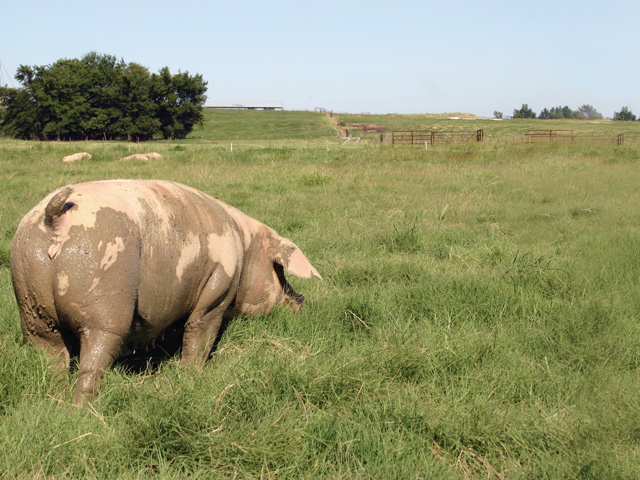