The cotton industry and contingent of 135 members of Congress are calling on the Trump administration to continue operating the $300 million Cotton Ginning Cost Share Program created by the Obama administration as a way to help cotton producers.

Members of the House and Senate wrote President Donald Trump on Tuesday, calling on the administration to operate the program based on the 2016 crop acreage and to continue the program moving forward.

The Cotton Ginning Cost Share Program was rolled out in June 2016 as a one-time, $300-million cost-share payment to producers based on their 2015 acreage. To receive the payment, farmers had to meet the same criteria as other commodity payments, which included a $40,000 cap and qualifying as actively engaged in crop production.

The program was compromise approved by former Agriculture Secretary Tom Vilsack because he declined to designate cottonseed as an "other oilseed" that would be eligible for the farm-bill commodity program. www.fsa.usda.gov/cgcs

The industry now wants that program approved by the Trump administration on an ongoing basis.

“In the past decade, the U.S. cotton industry has endured a World Trade Organization (WTO) challenge, increasing foreign subsidies, tariff and non-tariff barriers to trade, and a weakened U.S. safety net," A letter from 26 senators stated.

The House letter from 109 lawmakers stated, “In recent years, these factors have resulted in the United States experiencing a 30-year low in cotton planted area; global cotton prices approaching $2.00 per pound before plummeting to as low as 57 cents per pound; and record production costs far outpacing market returns for the last three years. As a consequence, America’s cotton farming families are struggling to compete on a lopsided global playing field heavily weighted to our competitors ...”

December cotton on the CME is at 68.22 cents, up 46 points, though that price is still considered below break-even for cotton producers. October closed Tuesday up 29 points to 68.86 cents.

In a statement, House Agriculture Committee Chairman Mike Conaway, R-Texas, said Congress and the Trump administration need to recognize the dire straits of cotton farmers. Conaway also stressed that the issues plaguing U.S. cotton prices are tied to domestic support of countries such as China and India.

“We can’t continue ignoring the economic turmoil of U.S. cotton farmers. While countries like China and India are pouring billions of dollars into subsidies for fiber production each year, America’s cotton producers have been struggling to scrape by without a safety net to help them soldier through these tough times – the steepest slide in net-farm income since the Great Depression," Conaway stated. "Cotton producers can’t wait until the next farm bill – they need help now. I urge the president to stand shoulder-to-shoulder with U.S. cotton farmers to provide them with the assistance they so desperately need."

The National Cotton Council and 82 other cotton interest organizations sent a similar letter to President Trump. The letter stated that to help bridge the gap until a new farm bill is adopted by Congress, “The cost share program will provide policy stability in the absence of a comprehensive policy for cotton in the existing farm bill. A cost share program was operated by the previous Administration for the 2015 crop and proved to be an effective and efficient means of providing economic relief to America’s cotton farming families.”

The National Cotton Council stressed that without some action by the federal government, “nearly 18,000 cotton families will continue to see their equity erode or take on a greater debt load as they hope to keep their family farms in operation.”

While the cotton industry is calling for continued aid, U.S. cotton farmers did move to increase acreage this year. Producers planted or intended to plant nearly 12.1 million acres of all cotton, slightly below the March intentions but up 20% from 2016, according to the June 30 acreage report used in the July crop estimates.

Upland plantings increased in each of the four Cotton Belt regions, according to current USDA estimates, with the Southwest accounting for 7.1 million acres, 19% higher than in 2016 and the second highest since 1981.

However, reports of crop damage and losses on the Texas Plains from hail and strong winds in recent weeks have intensified interest in what USDA will say about U.S. abandonment of planted cotton acres in its first survey-based estimates next month on acreage, yield and production, DTN's Cotton Commentary states. 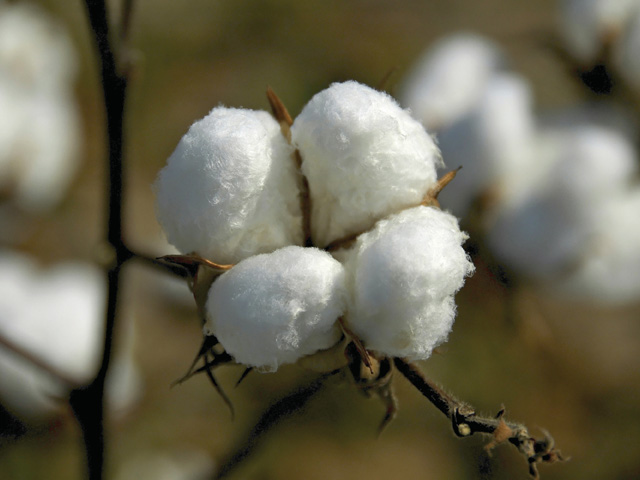