Clayton Yeutter, who served as both U.S. Agriculture Secretary and U.S. Trade ambassador, died Saturday at the age of 86.

Yeutter was a leader on trade issues who helped open up markets for U.S. agriculture.

He died at his home in Maryland after a long bout with colon cancer, according to multiple reports.

Yeutter was a Nebraska native who rose to become Agriculture Secretary under President George H.W. Bush from 1989 to 1991 after serving as the U.S. Trade Representative for President Ronald Reagan from 1985-1990. He chaired the Republican National Committee from 1991-92 and later was named a counselor to President Bush in 1992.

In a visit back to Nebraska last year, the University of Nebraska wrote an article in his honor about Yeutter's work. The article stated Yeutter "helped shape historic trade agreements. He pried open world markets for U.S. beef, which helped farmers and others back home.

In a comment during that trip back home, Yeutter said, “You only spend so many years on this Earth." The question is, What do you do with them? Can you do something that will help the next generation coming along?"

Yeutter gave $2.5 million to the University of Nebraska-Lincoln in March 2015 to create a new institute focusing on international trade and finance that is named in his honor. https://nufoundation.org/…

When he nominated Yeutter to be Agriculture Secretary, former President Bush said, "Somebody reminded me Yeutter rhymes with fighter. And that's what he is -- tough as nails, knowledgeable. And that's why I picked him. And I know he's going to fight hard for farming, for fair trade, and for all the other important responsibilities of this Department." http://www.presidency.ucsb.edu/…

Yeutter was pivotal in helping grow exports and trade during the second term of President Reagan, which included heling develop the Canada-U.S. Free Trade Agreement, the precursor to the North American Free Trade Agreement. Yeutter also worked on the Uruguay Round of the World Trade Organization talks.

"Former President Reagan and Bush, Sr. Advisor Clayton Yeutter was a fierce advocate for Nebraska ag producers," tweeted Nebraska Gov. Pete Ricketts. He added, "Clayton's work has left an indelible mark on our state, and will help grow Nebraska for years to come."

Ronnie Green, chancellor of the University of Nebraska, also said on Twitter, "America and Nebraska lost a giant last night, and I lost a dear friend and mentor."

Sen. Charles Grassley of Iowa stated of Yeutter, "I remember him best as Secretary of Ag & Midwest supporter of family farm."

Others on social media praised Yeutter's work on work on trade. Christopher Padilla, vice president of government and regulatory affairs for IBM stated Yeutter "was a strong believer in free markets and the power of the global economy to make life better for all."

The Nebraska Farm Bureau tweeted of Yeutter, "He was a great Nebraskan whose service to ag strengthened our state and nation."

Yeutter received multiple degrees from the University of Nebraska-Lincoln and achieved a doctorate of agricultural Economics there. He worked in state government in Nebraska before taking a position for the University of Nebraska Mission in Colombia in 1968. He then began working as an administrator at the U.S. Department of Agriculture but continued to work in politics, including working on President Richard Nixon's 1972 re-election campaign.

Yeutter worked in the White House under President Gerald Ford as a deputy trade representative in 1975. He then came home and became a partner in a law firm in Lincoln, Neb., after Ford's presidency ended. Yet Yeutter would quickly move into working on commodity markets and was named president and CEO of the Chicago Mercantile Exchange in 1978. He continued in that position until 1985 when he named the trade ambassador under President Reagan.

After leaving government, Yeutter became an advisor for a Washington, D.C., law firm and served on the boards of multiple companies.

The Omaha World-Herald wrote about Yeutter passing with comments from his wife, Cristena Bach Yeutter. 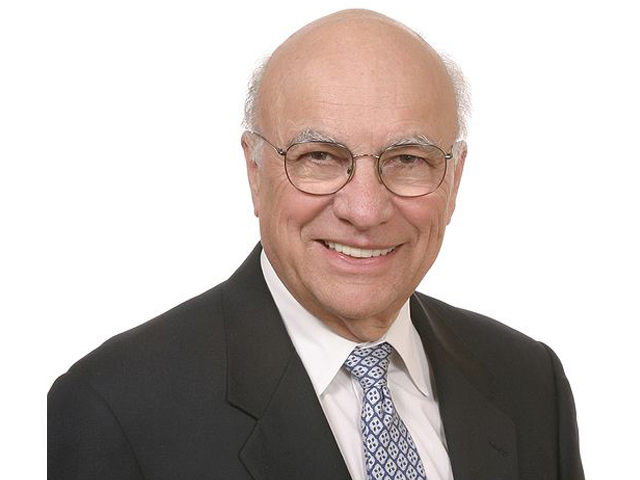