Two key federal lawmakers said although the trade agreement with Pacific Rim nations may be a good thing for agriculture, the leaders of the agriculture committees on both sides of Congress told an audience at the Kansas State Fair Saturday nothing is likely to happen before 2017.

Roberts and Conaway were part of a special farm panel discussion hosted by WIBW radio in Topeka, Kansas, which also included the head of the agriculture economics department at Kansas State University, Allen Featherstone.

“This particular agreement is absolutely important for us (Kansas agriculture). We have to export our product. One-third of every acre has to go somewhere. Right now it’s going on the ground. I think the chances for passage of this agreement are not very good in 2016. The political situation is such that both candidates for president obviously have different views on trade, than maybe we three here at the table.”

Roberts said although Republican members of Congress from agriculture states have been pushing the Obama administration to convince Democrats on the Hill to move the passage of the agreement, so far the president has done little.

“This particular agreement is very good for agriculture,” Roberts said. “We’re talking about a whole host of countries now making bilateral agreements between themselves. Australia is selling wheat and beef to Japan. We should be doing that.

“If we do not move on this kind of agreement China is right behind us like a giant Pac Man taking up these agreements. These countries don’t really want to trade with China as they worry a little about how belligerent they are in the South China Sea. And they’re a little bit worried about what will happen with the agreement.

“So the door is open for us. We got a lot of work to do. A trade agreement will never get done without strong leadership from the president of the United States. And the president – quite frankly there’s been a lot of lip service. But he hasn’t come up to the Congress and really worked his side of the aisle,” Roberts said.

Conaway said he was impressed at how hard agriculture interests have worked to get behind the TPP, urging them not to lose hope.

“Production agriculture on this TPP did a terrific job staying at the table,” he said.

“As a result, the TPP on the ag side looks like a terrific deal. Most all of production agriculture got a deal they can live with and work with, because they stayed in there from the very start.

“Don’t become discouraged because we’ve had a hiccup with this one. It’s in our best interest to grow a lot more than we can eat here and sell it to the rest of the world. You only get that done with trade agreements that hold your trading partners’ feet to the fire on issues like labor standards and environmental standards,” Conaway said.

A U.S. International Trade Commission report back in May determined that in 2032 agriculture output would be $10 billion higher, or .5 of 1%, higher than otherwise projected without TPP. Ag exports would mainly grow in Japan, Vietnam, Malaysia, New Zealand and Brunei, which are countries that currently do not have separate free trade agreements with the U.S.

Overall, the commission report cited that agricultural exports would grow by about $7.2 billion in 15 years - more than they would otherwise without the agreement. Ag imports would increase by about $2.7 billion. At full implementation agriculture would gain about $4.5 billion in net exports with the trade deal.

The biggest agriculture winner in exports would be dairy, which would see exports increase by $1.845 billion to TPP countries by 2032. Imports of dairy products were projected to increase by $348.6 million for a net export gain of about $1.49 billion. 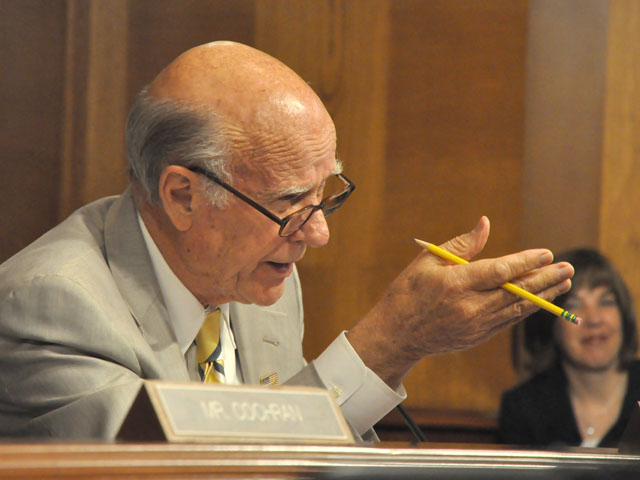