U.S. Environmental Protection Agency Administrator Gina McCarthy is taking a political beating from Sen. James Inhofe, R-Okla., and a group of 10 other Republican senators, for what they say has been a lack of transparency coming from the agency.

Inhofe, chairman of the Environment and Public Works Committee, has been a long-time critic of the EPA.

At the start of this five-week session of Congress ahead of the November elections, the senators unleashed on McCarthy in a seven-page letter that may be a parting shot at the outgoing administration. They said the administrator hasn’t lived up to promises to provide more information to the public about ongoing litigation and planned administrative and regulatory actions.

According to the letter, McCarthy promised the committee in 2013 to post to a website information about ongoing litigation and regulatory actions.

“At the outset, we note that EPA’s website does not provide any listing of ongoing litigation involving the agency,” the letter said.

“As you are aware, during the process to confirm you as administrator of the EPA in 2013, concerns were raised about the lack of transparency surrounding EPA’s sue-and-settle agreements with environmental activist groups that were driving much of EPA’s regulatory activities...While EPA has made some litigation and rulemaking-related information publicly available on its website pursuant to these commitments, the agency has failed to ensure such information is current and accurate...

“Although EPA launched this webpage in response to your commitment, according to a recent review, it appears that EPA may no longer be posting accurate and up-to-date information about rulemaking petitions it has received.”

The letter said the webpage has not updated since January 2015. Even then, the senators said the agency posted just 13 rulemaking petitions to the site.

“Indeed, a cursory review of news articles indicates EPA has continued to receive numerous petitions for rulemaking, including one filed in July 2016 to force EPA to issue a rule to reduce NOx emissions from heavy-duty trucks,” the letter said.

“In filing the required notice of intent to sue, a person provides EPA a final opportunity to take administrative action to avoid a lawsuit, but in reality the NOI is often an invitation to enter a sue-and-settle agreement that will bind EPA to take the regulatory action by a specified date.

“Prior to 2013, EPA did not disclose to the public when it had received an NOI. As such, interested stakeholders, including states, were not always aware of potential settlement negotiations until a deal had been reached and dates for future EPA actions were announced. Even more, copies of settlement agreements are not available on a centralized EPA webpage.”

The senators said they conducted a review of the EPA’s NOI webpage that shows more than 100 intents to sue had been received since January 2013.

“However, based on a comparison of the NOI webpage to recent news articles and the Federal Register, it appears the webpage listing NOI information also is not current and complete, similar to EPA’s webpage for rulemaking petitions,” the letter said. 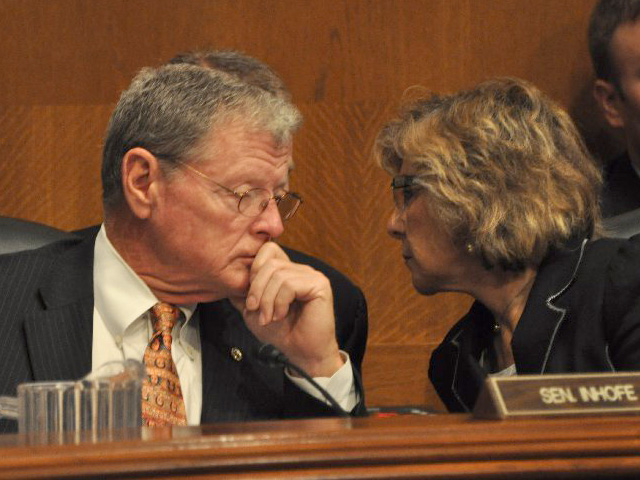