For anyone interested in autonomous farming, the next week or two will be an interesting time for the evolution of the science and the technology. This spring, Craig Rupp and Kyler Laird are beginning their audacious journey to plant 10,000 acres of soybeans with a single, autonomous tractor and 18-row planter.

Rupp is CEO of Sabanto Ag, the company formed in October 2018 to test the notions of new production efficiency through autonomous farming. Sabanto is a "Farming-as-a-Service company performing row-crop operations using advanced autonomous equipment," according to the company's website, www.sabantoag.com. Laird is the co-founder of Sabanto and chief technology officer. Sabanto is co-located in Ames, Iowa, where Rupp resides and in Rensselaer, Indiana, where Laird farms 1,700 acres of family land.

Beginning as soon as next week, weather dependent, Rupp and Laird expect to be planting soybeans in Illinois using an autonomously equipped JCB Fastrac 4220 tractor with three-point hitch and an 18-row, 20-inch Harvest International planter, equipped with, among other technologies, Precision Planting's DeltaForce down force control. The high-capacity planter is 30 feet wide. The Fastrac has a maximum 235 HP and a road speed of 37 mph.

Rupp and Laird also hope to plant in Iowa and Arkansas, among other states. Plans to plant beans in Texas are all but shelved this year. Rupp said Sabanto has 1,000 acres lined up in Canada. The equipment is being moved by way of a customized, 53-foot trailer.

The 10,000-acre goal is a "stretch goal," Rupp made clear. But the point of the goal is to demonstrate the potential for automation in creating new, on-farm efficiencies -- in a way, to create time by better distributing and using an operation's labor resources through technology.

The tractor and planter can satisfactorily assume the planting work of a 1,000-acre farm, Rupp explained. But if automation extends its productivity to 10,000 acres, "you've essentially increased the capital of that system by 10 times."

Laird explained the "look" of this in-field experimentation: It looks like a tractor and a planter. "We know what a tractor is. It is basic, highly tested, robust machinery. But it is a tractor. We are not reinventing the machine. From the road, you won't be impressed," he said.

In fact, even up close, Laird downplayed the wow factor. The JCB 4220 is controlled by current technologies -- computers, modules, controllers and navigation system -- parts lining the right door of the tractor. "You won't be impressed, either," he said. "It doesn't take a lot to control [the tractor]," he said.

On the ground, Rupp and Laird have pretty basic expectations. Will their system control the tractor -- forward and reverse, steer, perform tillage and planting functions, such as raising the planter (the JCB 4220 has a continuously variable transmission CVT, so shifting is not an operation function required of this test)?

Sabanto has no technologies or services to sell, or any in the near future. The point of this spring exercise is to begin answering questions. "To show ourselves what we don't know that we don't know. We are testing our ability to move," Laird said.

"We have to get the experience [in the field]," said Rupp. "You can sit in the office and imagine roadblocks. But it's another thing to go out there and kick this thing in the pants."

Rupp and Laird have their CDL licenses to move the equipment and are waiting for a break in the weather.

This year's automation testing will include straight rows only. Work that would allow automated planting of contours is ongoing. The perimeters and obstacles will be planted conventionally. "Then we'll let it lose," Rupp said.

On the larger questions of autonomous farming, Rupp and Laird have plenty of questions themselves. Like: Who will buy the equipment?

"My brother farms, he's 57," said Rupp. "I don't think he would ever, ever buy an autonomous platform. What he has works, and will work even five years from now."

Rupp foresees that the first markets for this technology will be very large farms -- with tight management schedules and labor challenges -- and cooperatives. Both would presumably manage the acreage to spread costs and benefit best from the efficiencies brought by automation, he believes.

BACKGROUNDS IN FARMING AND ENGINEERING

He is named on 13 patents. His specialties include RF/telephony modems, channel encoding/decoding, echo cancellation, equalizers, RF system design, embedded system design, embedded hardware architectures, power systems, batteries, digital signal processing, vehicle communications and precision farming. He brought to the industry the StarFire receiver, the Greenstar display, and was a co-founder at 640 Labs, the creator of the FieldView Drive.

Laird grew up on a farm in northwest Indiana and received his bachelor's in computer science and Master of Science in applied geosciences from Purdue University. He is a pioneer in using autonomous equipment for his farming operations, winning the 2017 agBOT Challenge for his autonomous planting system. The 2019 agBOT challenge is scheduled for May at Purdue.

"I've dreamed of automating farm operations since I was a kid, but I finally started building simple field robots in 2015," Laird said. He has built his "Tractobots" by modifying existing tractors. His spring 2017 work included a John Deere 6330 with a Precision Planting-laden eight-row, JD 7300 planter. He planted 535 acres of corn, but was not in the cab while it was ongoing. In 2018, he planted 600 acres with Tractobot03. 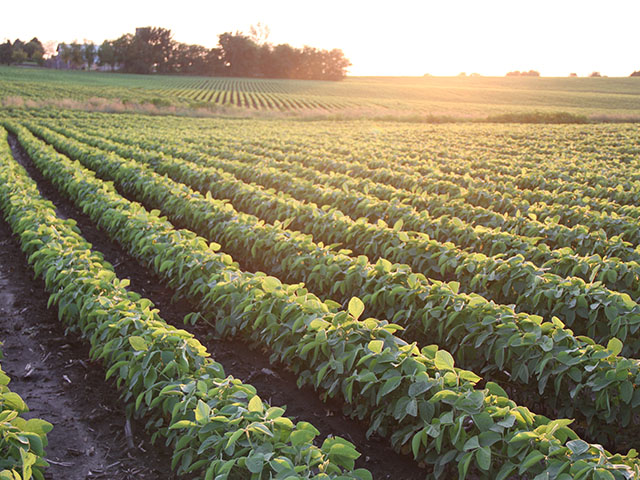