In a recent piece we noted that of the top 21 corn and soybean producing states, all had average June temperatures above their respective 1950-2015 average with states such as CO, NE, KS and SD particularly warm.

Looking at this graphic it appears that the only three states that had at least average June rainfall were Louisiana and Wisconsin at 28% above their normal June totals and Texas 14% greater.

Other states that saw June rainfall equal to average levels include Indiana, Mississippi and North Carolina.

No surprise then that the warmest states were also the driest in June with KS, NE, MO and SD having rainfall totals last month 57% of normal or lower.

It is these states that are most under the gun if the intense heat and dryness slated to move into the Plains and Western Corn Belt next week and last till the end of the month verifies. 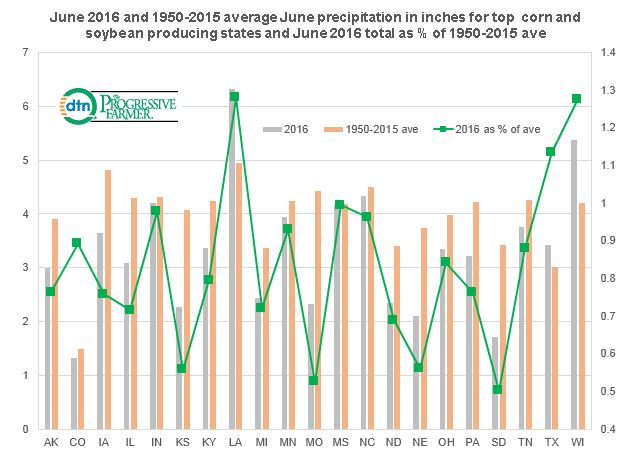