-- Remember that record European heat? The heat wave let up in the continent, but then moved north. An article in the bi-weekly magazine Science News noted the following:

"The Arctic is on fire. Record-breaking temperatures and strong winds are fueling an unprecedented number of wildfires across the region this summer. In Siberia alone, hundreds of wildfires captured by satellite images July 28 spanned about 3 million hectares (7.5 million acres) of land. Across Alaska, as many as 400 wildfires were burning as of mid-July. And the heat is also melting Greenland's ice at an alarming rate.

"The scale and intensity of the June 2019 wildfires are unparalleled in the 16 years that the European Union's Copernicus Atmosphere Monitoring Service, or CAMS, has been tracking global wildfire data."

He went on, "I've been surprised at the duration of the fires in the Arctic Circle, in particular."

-- Meanwhile, farther south, concern over the potential for wildfires hitting the coastal areas of the Pacific Northwest because of long-term warming of the globe is increasing. The Associated Press reported that previous climate features, such as a short summer with consistent rain, are being replaced in the forest areas of the Northwest. The latest National Climate Assessment, which was released in late November 2018, said the Pacific Northwest had warmed near two degrees Fahrenheit since 1900. Even a modest increase in such factors as days without rain, could make the forests of the Northwest much more prone to burning.

The latest figures are particularly significant because July 2016 was during one of the strongest occurrence of the El Nino phenomenon, which contributes to heightened global temperatures. Unlike 2016, 2019 has not been marked by a strong El Nino.

"We have always lived through hot summers. But this is not the summer of our youth. This is not your grandfather's summer," said UN Secretary-General Antonio Guterres, as he announced the data in New York.

July 2019 was around 1.2 degrees Celsius (2.16 degrees F) warmer than the pre-industrial era, according to the data.

"All of this means that we are on track for the period from 2015 to 2019 to be the five hottest years on record. This year alone, we have seen temperature records shattered from New Delhi to Anchorage, from Paris to Santiago, from Adelaide and to the Arctic Circle ..." Guterres said. "These extreme weather events are just the tip of the iceberg. And, indeed, the iceberg is also rapidly melting." 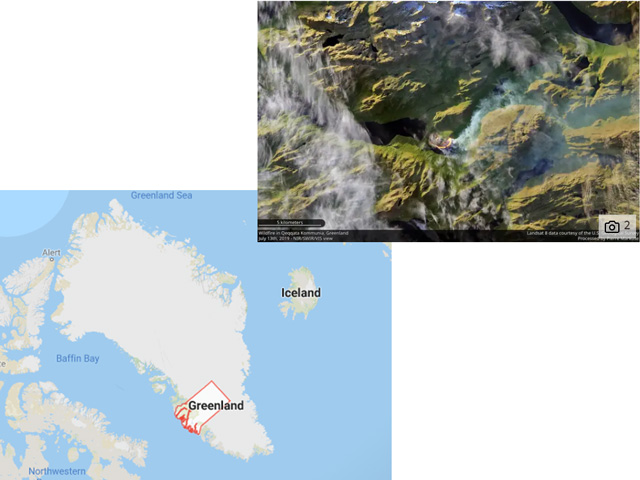 Meral Martin
8/8/2019 | 10:15 PM CDT
So sad that no one saw fit to comment on this extremely important development in world weather .. Thank YOU !! Bryce... Mother Nature will literally have to bite us one and all in the butt before we pay attention like we should............ until then back to rearranging the deck chairs on the Titanic.