Short to very short topsoil moisture in these areas is running between 50 and 60%. The late development of crops this year due to the very wet spring, combined with the dryness, is clearly having an impact on crop ratings.

Nebraska continues to fare the best at around 70% good to excellent for corn and beans. Iowa is around 65%, Minnesota around 60%, Illinois around 40% and Indiana 35%. These numbers are about the same or down from last week. The biggest decline was in Illinois, likely reflecting the dryness. The ratings in the eastern Midwest are well below normal. At this point, it appears unlikely that much improvement can be expected in these ratings with regard to corn. Some improvement could be expected for soybeans if rainfall picks up in the dry areas. However, the ratings in these areas are so bad that even a bit of an uptick would still keep them well below normal.

The weather pattern during the next seven days will be pretty favorable for corn and soybeans, with no significant hot weather expected and periodic showers. The moderate temperatures and showers may not be enough to end dryness stress to crops, but will certainly limit it. The greatest threat to crops going forward remains an early fall freeze. Crops will be more vulnerable to an early freeze this year than they have been in many years.

On a final note, our calculation of the sea surface temperature departure in the equatorial eastern Pacific for the month of July was minus 0.4 degrees Celsius. This is significantly down from the plus 0.3 degree departure observed during the month of June. Clearly, El Nino is over. It is possible that this rapid fall in sea surface temperatures could be contributing to the dryness in the central Midwest. 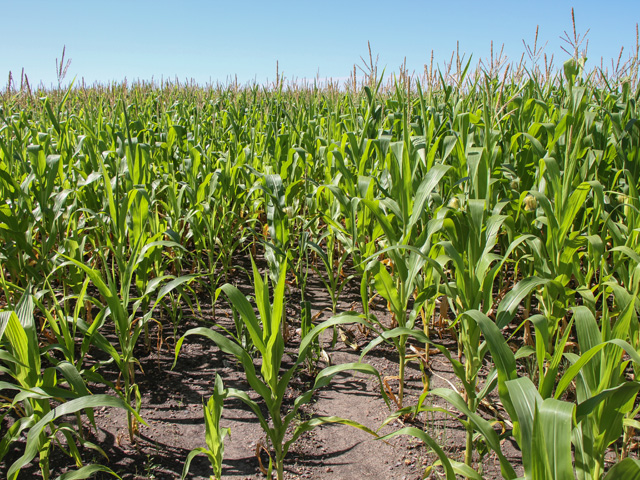