OMAHA (DTN) -- The Fertilizer Institute (TFI), the National Grain and Feed Association (NGFA) and 19 other members of the Agricultural Transportation Working Group sent President Joe Biden a letter on March 7 requesting the administration work with the Canadian government to ease supply chain strains, according to a TFI press release.

Specifically, the group wants to avoid a major railway labor strike and to rescind the cross-border COVID-19 vaccine mandate for workers moving essential commerce. These issues could have a negative effect on farmers as the spring fertilizer season rapidly approaches, the group said.

The Canadian Pacific Railway (CP) could see a potential labor disruption in the near future. The Teamsters Canada Rail Conference recently voted in favor of strike action, which could happen as soon as March 16.

A potential strike would affect grain movement on both sides of the border and would halt the CP route that carries U.S. grain to the Pacific Northwest export market. Grain is CP's largest line of business, while 10% to 15% of the railway company's business is fertilizer.

"A CP railway strike would severely curtail fertilizer supply and shipments in the United States and would happen at the worst possible time as farmers are planting their 2022 crops," the letter stated.

"Given the fragility of current supply chains, urgent attention and engagement with all parties is needed to avert a potential strike."

The letter also urged the U.S. and Canadian governments to alter their mandates for blocking unvaccinated foreign workers, including truck drivers, from crossing the border.

Canada's vaccine mandate requires U.S. truckers show proof of vaccination before entering the country and the U.S. mandate requires cross-border truckers to be vaccinated. The U.S. Department of Homeland Security has said its border policy will remain in effect through April 21.

"The border policy has raised prices because it has constrained trucking capacity and made truck movement more expensive and less timely," the letter said.

Over one million short tons of fertilizer cross the U.S.-Canada border by truck each year, according to TFI. March, April and May are peak months for fertilizer application in the northern states.

A potential CP strike is only the latest in a series of supply disruption events seen in recent years by the global fertilizer industry. These various issues have pushed the world's fertilizer prices to all-time highs.

According to retail fertilizer prices tracked by DTN, prices are considerably higher from a year earlier. MAP is 39% more expensive, urea is 87% higher, potash is 96% more expensive, UAN32 is 131% higher, UAN28 is 137% more expensive and anhydrous is 166% higher compared to last year.

Here are some DTN articles from the last year on some of the factors affecting fertilizer supply: 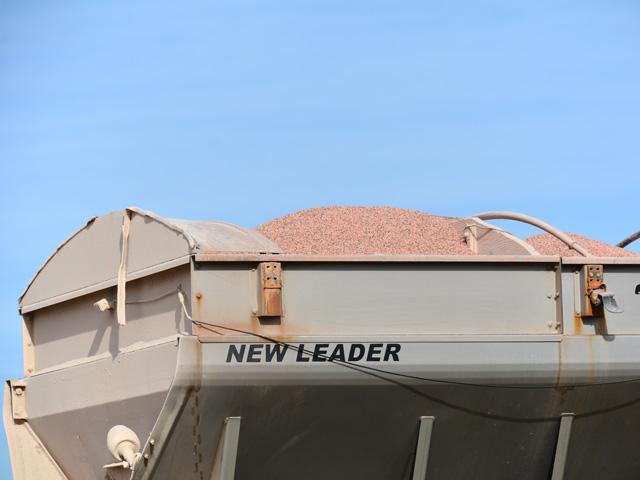