OMAHA (DTN) -- A Russian invasion of Ukraine will most certainly affect the global fertilizer market, but to what extent is not known. Several factors, including what sanctions Russia would see and if those sanctions included crop nutrients, would dictate how fertilizers are affected.

We do know a conflict in the Black Sea region would probably lower the prospects of less-expensive fertilizer prices for U.S. farmers in 2022, according to fertilizer analysts.

It took less than 30 days into the New Year for the global fertilizer market to see yet another potential dramatic world event that could affect nutrient supplies and thus prices.

This comes on the heels of the well-documented supply challenges of 2021. Record-high fertilizer prices, trade disputes resulting in tariffs, supply disruptions because of various reasons and higher manufacturing costs for fertilizer producers all came together to push nutrient prices significantly higher in 2021.

The hope for relatively calm waters in the fertilizer industry in 2022 may be fading as the world waits to see if Russia invades Ukraine.

Samuel Taylor, RaboResearch farm inputs analyst, told DTN the conflict between Russia and Ukraine really has not had much of an effect on global fertilizer markets yet. For the North American market, this time of year is a seasonally slower time for fertilizer buying, so there have not been many signs of a nervous market, he said.

Obviously, a military conflict would have a huge negative effect on both global nutrient supply and price, he said. Many fertilizer analysts were calling for lower fertilizer prices in the second half of 2022.

DTN wrote a Global Fertilizer Outlook series in December 2021, and in the potash outlook, this particular subject was discussed (https://www.dtnpf.com/…).

With fewer market disruptions and even more nutrient supplies in 2022, fertilizer prices in the world market were actually on the decline. Nitrogen in several different forms was seeing lower world prices, Taylor said.

"So, it will be interesting to see if those prices bound back this week over these concerns to Russian supply," Lawson said.

Russia is a major player in the fertilizer industry, producing nitrogen, phosphorus and potash, according to Lawson. Russia exports almost 50% of its fertilizer-grade ammonium nitrate, with most of this fertilizer ending up in Europe.

This opens Europe to possible fertilizer shortages and price spikes if a conflict would happen, he said. The continent also depends on Russia for about a third of its natural gas supplies.

Phosphorous and potash prices have also not reacted much to this latest world geopolitical issue, Lawson said.

Taylor said if Russia invades Ukraine, most likely it would incur a whole host of sanctions from other countries. These measures could affect many industries.

"These sanctions sometimes specially target different industries within that country," Taylor said. "Whether or not possible Russian sanctions would include fertilizer is, of course, not known yet."

For a guide to what might happen to the Russian fertilizer industry under sanctions, examine what happened to another Black Sea region major fertilizer producer. Belarus, a leading producer of potash, saw sanctions in 2021.

In June 2021, the European Union (EU) imposed sanctions on Belarus because of an EU/Belarus border dispute. The U.S. issued their sanctions in December of 2021.

The EU sanctions were imposed on several different industries, including oil, tobacco and potash (file:///…).

Belarus is the third-largest producer of potash in the world, with just under 12 million metric tons (mmt) produced in 2019. The country accounts for 18% of the global potash production.

In addition, Belarus was the second-largest potash exporter in 2019, delivering 10.3 mmt of potash to overseas market. This is about 21% of the global trade.

Lawson said Lithuania's government has terminated the transport contract with Belarusian potash producer Belaruskali, effective Feb. 1. This leaves the company without a freight carrier to move volumes from its biggest export terminal.

CRU estimates the Lithuanian port handled around 92% of the company's exports in 2020, equivalent to 10.8 mmt.

In addition, Yara will stop its purchases from Belarus because of the sanctions imposed on the nation. This is expected to take place by April 1, he said.

"We don't expect cessation of exports from Belarus; it should be able to continue moving product through other ports," Lawson said. "But these sanctions will nevertheless severely hamper global potash supply."

Taylor said the supply chain for potash should adjust somewhat, and other potash producers should be able to fill in the gap.

Canada, which is also a large potash producer, would have to supply more into the world market if Belarus and possible Russian potash producers are hampered due to sanctions, he said. 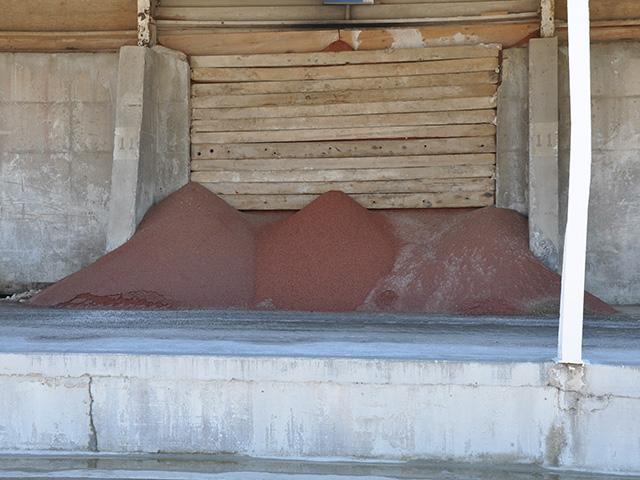