OMAHA (DTN) -- The aftermath of Hurricane Ida continues to affect U.S. corn and soybean exports, causing more than a half-billion dollars in damage to Louisiana agriculture. However, fuel prices have remained steady despite refining disruptions in the Gulf of Mexico.

More than three weeks since the hurricane hit major Gulf of Mexico oil production, fuel price impacts remain minimal. Diesel prices just as the hurricane hit at the end of August averaged $3.28 a gallon. AAA this week puts the average price at $3.30 a gallon. Still, for producers using high volumes of diesel fuel at harvest, the diesel price is 88 cents higher than a year ago.

Gasoline prices this week dropped one penny to $3.18 a gallon, according to AAA, as domestic gasoline stocks rose by 3.5 million barrels last week. The price drop occurred while 15% of crude production in the Gulf of Mexico remains shuttered from Ida and Nicholas, AAA noted.

One major reason fuel prices have not jumped dramatically so far is demand has declined following Labor Day. AAA noted the Energy Information Administration reported this week that gasoline demand has fallen 8% so far in September, the lowest since the end of May.

The Port of South Louisiana, which has jurisdiction along 54 miles of the Mississippi River, is the largest export area for U.S. grain and oilseeds. Paul Aucoin, executive director of the port, said in a Louisiana radio interview the port's biggest single warehouse complex was damaged, but repairable. The port serves as many as 68 separate industries.

"We're going to see a drop off in cargo until everybody is up and running," Aucoin said. "You have to remember that 60% of the grain that leaves the United States goes through the Port of South Louisiana. So those farmers in the Midwest, they weren't hit by the hurricane at all. So they have got to get that grain down here so they can sell it overseas."

In terms of clean up, Aucoin said one of the differences with Ida was the volume of barges that broke loose and "were scattered around the river like litter all over the place." Those barges continue to be cleared out.

"It's going to take time and we all have to be patient," Aucoin said.

Looking at export volumes, USDA said 19.1 million bushels (mb) of corn and 10.1 mb of soybeans were shipped last week, numbers still hindered by Hurricane Ida damage. To keep pace with export sales, soybean shipments need to hit about 41.6 mb per week. Corn needs to be closer to 48 mb per week.

"The corn and bean movement was better than it was the previous week, but it is still only about one-third of where we need it to be," said DTN Senior Analyst Todd Hultman. "I think that could change quickly in a few weeks. Obviously, they're not there yet."

At least two grain terminals were still down and reports early in the week cited more than 50 bulk vessels waiting to move from the Gulf of Mexico through the lower Mississippi River terminals.

CHS Inc. reported to DTN that its terminal near Myrtle Grove, Louisiana, the most southern terminal on the lower Mississippi River, is still dealing with tests of power and mechanical systems.

Experts at Louisiana State University have estimated there are at least $584 million in agricultural losses in the state from Ida. Timber losses and damages make up about half of that amount, said Kurt Guidry, an LSU economist who wrote up the report. About 168,000 acres of trees were affected, valued at more than $300 million. One parish in the state, Tangipahoa, was hit especially hard and accounts for about 50% of the timber damage.

Another 35% of losses were infrastructure such as machinery, fencing, buildings or other equipment. The sugarcane, fruit, vegetable and other crops were affected as well as livestock. About 139,000 acres of sugarcane production were affected with potential losses at about $35.4 million, or about 7% of the value.

Guidry stated the $584 million does not look at potentially reduced yields for crops in the fields that had not been harvested, or higher production costs. 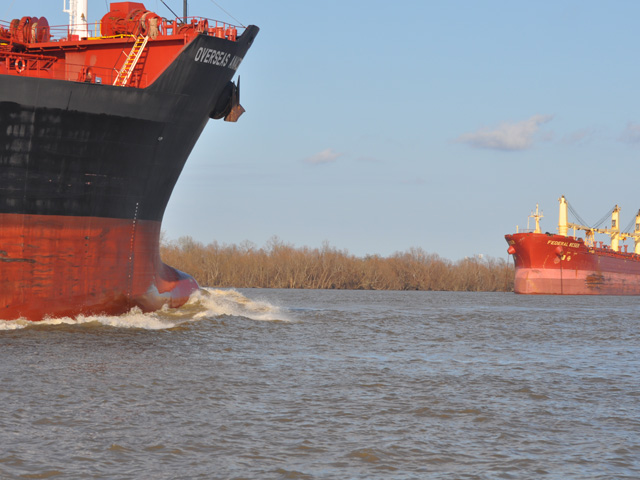