OMAHA (DTN) -- As shocking as nitrogen fertilizer prices may seem to farmers right now, those price concerns did not sway the U.S. Commerce Department on Wednesday in a complaint filed by CF Industries that could lead to countervailing tariffs against urea ammonium nitrate imports from Russia and Trinidad and Tobago.

The Commerce Department made a preliminary determination on countervailing duties that urea ammonium nitrate (UAN) imports from Russia and Trinidad and Tobago are unfairly subsidized by their governments. The results of the investigation by the Commerce Department and the U.S. International Trade Commission found Russia subsidized UAN exports at rates ranging from 9.66% to 9.84%, and Trinidad and Tobago subsidized its exports at a rate of 1.83%.

Wednesday's decision by Commerce now will require cash deposits on imports of UAN from Russia and Trinidad and Tobago tied to those subsidy rates. Further imports also could be imposed depending on how Commerce rules on an antidumping investigation into UAN imports from those countries.

The decision comes as nitrogen fertilizer prices at the end of November hit all-time highs, as DTN Retail Fertilizer Trends (https://www.dtnpf.com/…) reported on Wednesday. UAN32 in November averaged $660 a ton, an all-time high. UAN28 was priced at $574 a ton, also an all-time high.

CF Industries brought the case against the UAN imports against Russia and Trinidad and Tobago starting in July 2020, and the company welcomed Wednesday's decision.

"Commerce's preliminary determinations are an important step towards leveling the playing field for the U.S. UAN industry and its workers," said Tony Will, president and CEO of CF Industries Holdings Inc. "We appreciate the hard work of the Commerce professionals who are handling these investigations and look forward to participating in the post-preliminary phase."

The National Corn Growers Association had the opposite reaction, noting this case against UAN imports comes after a similar complaint and investigation by Mosaic Co. earlier this year over phosphate imports from Russia and Morocco. Five-year import tariffs were slapped on phosphate imports from those countries after the investigation. NCGA called for both CF Industries and Mosaic to drop their petitions.

"Farmers across the country have spoken publicly over the last several weeks about the severe impact fertilizer shortages are having on the budgets of family farms," said Chris Edgington, an Iowa farmer and president of NCGA. "While there are a host of issues that contributed to this problem, including restrictive trade policies from other countries and the fallout from Hurricane Ida, the Mosaic tariffs have only made a bad situation worse. Given the crippling effect these tariffs have had on farmers, it's deeply disappointing to see that the U.S. Commerce Department and CF Industries would continue to press for more tariffs. Farmers shouldn't have to pay for disputes between American fertilizer companies and foreign producers. Mosaic and CF Industries can easily resolve these issues and provide immediate relief to farmers by dropping their petitions."

Last week, NCGA had noted the U.S. Court of International Trade had agreed to review an amicus brief filed by NCGA and other farm groups pushing back on the phosphate tariffs imposed against Morocco in the Mosaic case. NCGA and the other agricultural groups stated in the court brief filed in early November that those import tariffs had created a "near monopoly" on phosphate. 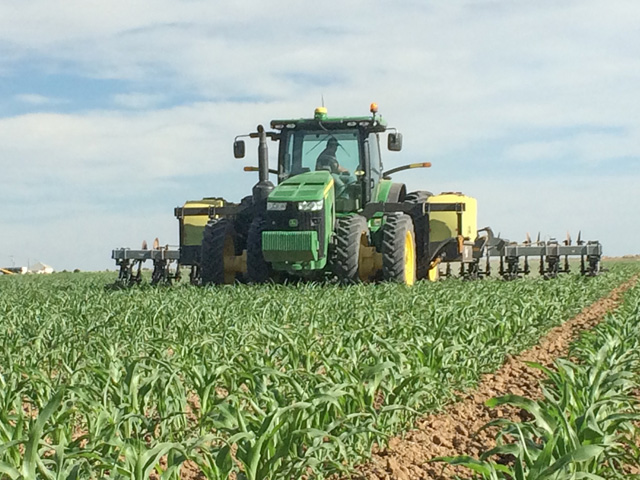