OMAHA (DTN) -- Five agricultural groups have filed a court brief asking the U.S. Court of International Trade to overturn tariffs imposed on phosphate fertilizers from Morocco, arguing the tariffs have given Mosaic Co. "near-monopoly" status when it comes to phosphate fertilizer.

The commodity groups are joining an appeal against a decision by the International Trade Commission (ITC) last March to impose 19% tariffs on phosphate fertilizers from Morocco. The ruling imposed tariffs for five years.

In their brief, the farm groups state the ITC incorrectly blamed a supply imbalance in 2019 on imports. The commission didn't take into account U.S. fertilizer producers idling plants while increasing exports. The commodity groups pointed to Mosaic and Nutrien announcing separately they would idle and close plants, taking roughly 2.1 million short tons of North American production offline. A series of wet weather events in 2018 and 2019 reduced planted acres as well, further changing demand.

"Domestic (fertilizer) producers were well aware of these market dynamics and aware that their decision to reduce domestic production dictated an increase in import supply," the commodity groups stated in their brief.

The commodity groups also stated the ITC was wrong to rule that imports were unnecessary to meet farmer needs in 2019.

The commodity groups noted, "As a result, critical sources of imported supply have been shut out of the U.S. market, and the costs of fertilizers have increased for farmers."

The commodity groups added that Mosaic's control of the phosphate market has grown from 74% to more than 80%, "gaining a near-monopoly over the phosphate fertilizer supply in the U.S." The letter notes Mosaic's stock price has quadrupled since March 2020.

"I struggle as a farmer when they tell me that one company has 73%-74% of the market share and we're going to put tariffs in place that will let them get to 80%-plus, and that's exactly what's happened here," said Chris Edgington, an Iowa farmer and president of the National Corn Growers Association, in an interview with DTN. Edgington added, "It's hard to imagine that we gave that much leverage to one company."

The commodity groups were granted the ability to file an amicus brief in the appeal filed by Morocco's major fertilizer company, OCP, as well as fertilizer importers and suppliers including Koch Fertilizer. But Mosaic and J.R Simplot Co. have objected to the commodity groups' weighing in with a brief. The court now has two weeks to decide whether to accept the brief and be allowed for use materially as the U.S. Court of International Trade rules on the appeal against the tariffs. Even if the commodity groups are successful in keeping their brief before the court, the court likely would not issue a decision until mid-2022.

"From a producer standpoint, you're now talking about 2023's crop," Edgington said. He added, "That means we're going to be under this tariff situation for next year regardless. And even if we get a favorable ruling, the retailers are going to have this inventory of high-priced product."

Mosaic will release its third-quarter earnings after the stock market close on Monday.

The commodity groups note that one of the arguments in the brief focuses on a decision by Mosaic in 2017 to idle two facilities, which caused a shortage of fertilizers for U.S. farmers during the 2018 planting season. That led farmers and their suppliers to buy more phosphate fertilizer from other countries.

The move by the commodities groups to challenge the ruling on phosphate fertilizers also comes as the Department of Commerce is reviewing a petition by CF Industries to place antidumping and countervailing duties against ammonium nitrate fertilizers from Russia and the Republic of Trinidad and Tobago. The industry is waiting now on the Commerce Department's preliminary conclusions in its investigation. 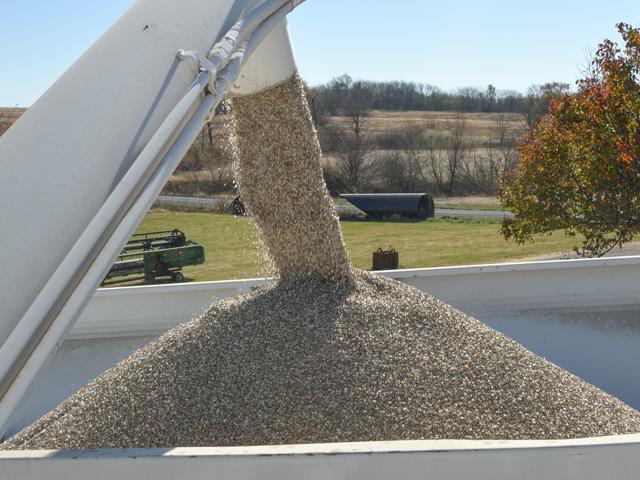