Feeder Cattle: The October contract closed $5.45 higher at $156.10. October feeders remain in a secondary (intermediate-term) uptrend after posting another 4-week high of $157.30 last week. Next resistance on the contract's weekly chart is at the previous high of $159.825 while major (long-term) resistance on the market's monthly chart is near $165.725. The major trend remains up.

Soybean meal: The more active December contract closed $7.60 higher at $319.00. The contract remains in a secondary (intermediate-term) uptrend after posting a new 4-week high of $320.90. 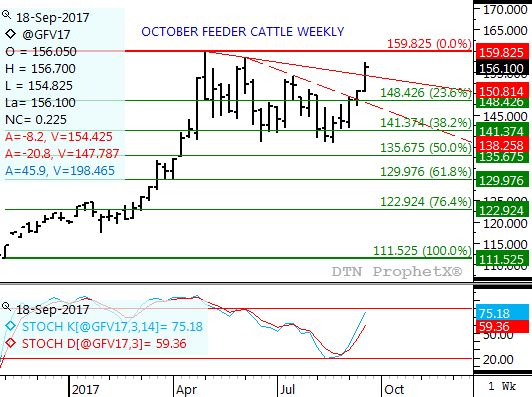