Soybean meal: The July contract closed at $298.10, down $17.70 on the continuous monthly chart. Soybean meal posted a bearish outside month during May, with a close below support at $299.90 indicating a possible test of the major low of $258.90 from February 2016. Monthly stochastics are bearish above the oversold level of 20%. 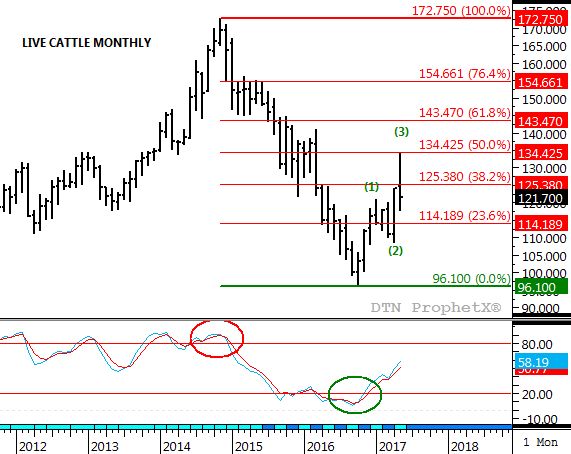