"We finished our harvesting weeks ago with a very good yield," said Ricardo Arioli Silva. "Most of the farmers in our state see a 5% to 10% higher yield compared to last year, others may be even higher." Silva farms more than 2,000 hectares (about 5,000 acres) of land with his brother in Campo Novo do Parecis in Mato Grosso. He claims his yield is 15% higher than last year.

Meanwhile, he's almost done planting corn and the crop development is good, thanks to favorable rain in the past month.

"The rest of the states are doing OK, though not as good as Mato Grosso," said Thiago Piccinin, president of Lotus Grains and Oilseeds, a trading house in Sao Paulo. He said Parana state will not have a record crop of soybeans like expected (19.5 million metric tons, or 716.5 million bushels), but will instead harvest 18.8 mmt (690.8 mb), "which is still a pretty good crop." He said another large soybean producing state is Rio Grande do Sul, which will produce 18.5 mmt (679.8 mb), 6% less than expected.

Overall, the total soybean production of the country will be a record 117 mmt (4.3 billion bushels), said Piccinin.

"The crop failure in Argentina brought a lot of support to soybean premium both in the farming area and on the port; it also brought a broad smile in the face of crushers -- crush margin is US$40 per ton for April," said Piccinin.

Brazilian farmers sell their soybean in saca (sack) instead of bushels. Each saca is 66 kilograms, which is about 2.2 bushels.

Just in time to complete the already complicated agricultural scenario in South America, premiums keep on flying higher and higher, with the Brazilian FOB basis closing Tuesday at around $1.20 per bushel over the May soybean contract of CBOT. "In a normal year we should see basis at lower levels," said Piccinin, "But, for a long time we haven't seen crush margins at US$40 per ton (US$1.09 per bushel) in April. I believe the yield loss in Argentina had a big impact on premiums this year, which will also have an impact on Brazil bean exports, which will be about 5% above last year. Not to overlook the fact that main trading houses still need to cover a good portion of their Brazilian programs in the nearby, paying up from 10 to 20 cents per bushel over export parity," he said.

"Put all this together in a scenario where Chinese demand has not given a break at all, add on the top of that the U.S.-China trade war ... we can draw a picture for premiums to stay strong," said Piccinin. 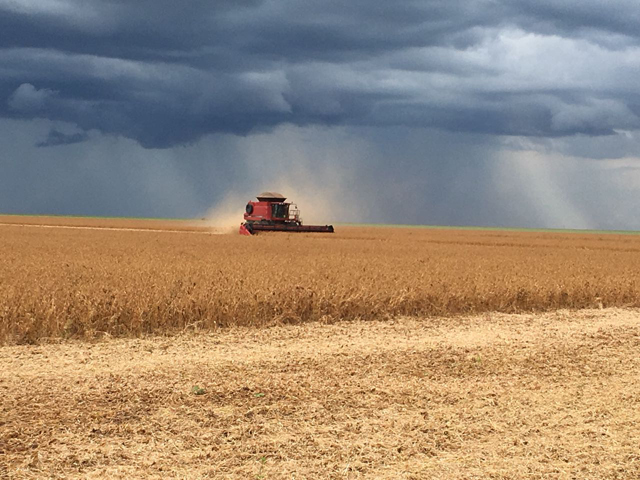