La Nina conditions in the Pacific Ocean have garnered most of the commodity market's attention from a weather standpoint during the past week. And, justifiably so; even a weak La Nina (like we have now) could cause enough of a hiccup in southern Brazil and Argentina crop weather from here on to reduce yield a bit for harvest 2018. There's a long way to go, but it could happen.

However, you cannot ignore what's been taking place farther north -- in central Brazil. Here, the fields are bigger and the territory covered by soybeans -- and, later on, safrinha corn -- continues to be mind-boggling. (At least it is for me, and I've been paying close attention to central Brazil's transformation from an exotic, remote region to an everyday production powerhouse for almost 30 years.) Mato Grosso, Mato Grosso do Sul, and Goias produce most of Brazil's soybean crop by far; yet, whenever La Nina discussion comes up, these states get left out of the discussion, because the carefully-studied results of La Nina's impact on crop production show that central Brazil does not typically have a problem during La Nina years.

It's time to at least keep track of what's gone on in central Brazil -- and it's favorable. During the very end of November through early December, central Brazil rainfall tallied from 4 to 8 inches (100 to 200 millimeters) of rain. That moisture has been put to good use, with planting nearly done in Goias, Mato Grosso and Mato Grosso do Sul. The rain, along with seasonal temperatures, has led to a brisk early-season performance in growth and development as well. Fields are canopied and on their way to the flowering and pod-setting stages. Southern Brazil has had less rain, more in the range of 1 to 2 inches, during the past 10 days -- but this follows a wet start to the southern hemisphere spring season, so at this point crops still have some favorable soil moisture levels to work with.

It seems pretty clear that, for now, the trade's impression of South America crop weather is one of confidence in Brazil's ability to meet its projected 108-million-metric-ton harvest in 2018. Argentina's likelihood of hitting its projected 57-mmt soybean crop projection is maybe a little less of a sure thing, but the market's view weather-wise currently appears to be: "Let's get to the end of December-early January, and then see what the crop weather situation looks like. Until then, there's no reason to jump the gun."

As of Dec. 8, the Pacific Ocean equator sea surface temperatures were running from 1 to 3 degrees Celsius (2 to 4 degrees Fahrenheit) below average. The atmospheric component of either El Nino or La Nina -- the Southern Oscillation Index (SOI) -- had these readings: 30-Day average plus 10.69; 90-Day average plus 9.45; and the Daily reading plus 9.20. These values are all consistent with a weak La Nina. 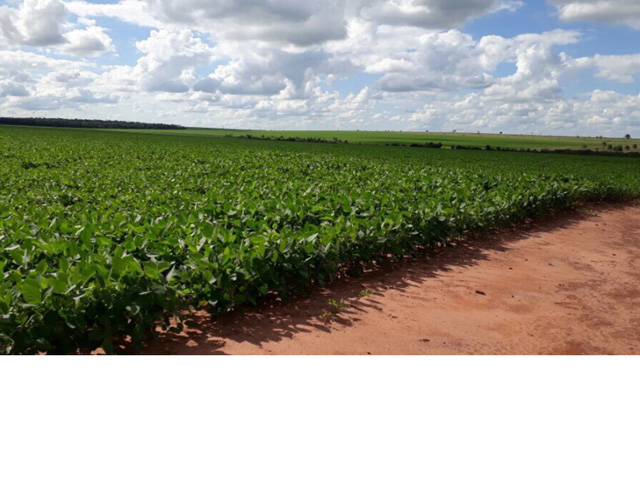