OMAHA (DTN) -- The Brazilian government has decided to wait 30 days to make a decision on whether to impose a tariff on ethanol imports from the United States.

Brazil's foreign trade chamber, Camex, which represents eight ministries in the government, could not agree on whether to apply a tariff. Camex, however, may consider applying quotas on imported ethanol.

As of March, Brazil was the top export target for U.S. ethanol producers who shipped 36.7 million gallons that month, according to government trade data compiled by the Renewable Fuels Association this week. The March numbers, however, represent a 28% drop from February's record exports to Brazil.

The Brazilian Sugarcane Industry Association, or UNICA, has been pressing Brazil's government to place a 16% tariff on imported ethanol while other groups are calling for a tariff as high as 20%.

The Brazilian proposal would allow 500 million liters (132.1 million gallons) annually of U.S. ethanol imports before a tariff is triggered.

"We are encouraged to see Brazil's postponement on a decision regarding a pending proposal to impose tariffs on U.S. ethanol imports," they said.

"We will continue to work towards educating Brazilian policymakers on how misguided this tariff would be, which would harm consumers by denying them access to the lowest-cost, cleanest and highest-octane source of fuel in the world. This proposal, if implemented, would have wide-ranging and long-standing impacts on both our industries and the global fuel supply."

RFA's Dinneen and Joel Velasco, chief representative from 2007 to 2011 in North America of UNICA, Brazil's leading sugarcane trade association, used to knock heads on the merits of both countries' industries.

In a recent oped, http://bit.ly/…, Dinneen and Velasco said they both oppose the idea of a tariff.

"With all of this progress then, we two old warriors have to ask, why is Brazil contemplating a return to the anti-free-trade, anti-consumer, anti-cooperation policies of the past?" the letter said. "Why is Brazil's Camex contemplating imposing a 16% protectionist tariff on imported ethanol?

"The justification for rejecting such protectionist policies is as relevant today as it was a decade ago. There will be no winners, only losers. Consumers will pay more for ethanol-blended gasoline in Brazil. Farmers in both countries will suffer from lost markets. Carbon emissions will rise if U.S. ethanol is replaced by increased petroleum.

"Yes, U.S. ethanol exports to Brazil have been on the rise over the past two years, primarily because world sugar demand has encouraged Brazilian mills to prioritize sugar over ethanol, leaving domestic ethanol production short of supply. But the fact U.S. production can meet this temporary need is a good thing for Brazilian consumers, and should not be used as an excuse to resurrect a protectionist policy of a bygone era." 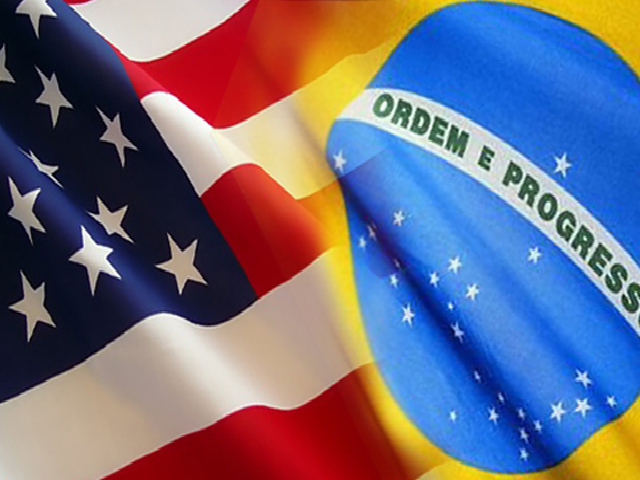