One of the big non-government ag analysis firms in Brazil, CONAB (Companhia Nacional de Abastecimento) released its latest estimate for Brazil 2017-harvest corn and soybean crops. They are big.

CONAB looks for Brazil soybean production to reach 103.8 million metric tons in 2017. That figure is up by 1.35 mmt from the firm's December estimate, and it's almost 9 percent above the final 95.4 mmt soybean crop last year.

These numbers come as no surprise. Brazil's largest crop-producing state, Mato Grosso, had very favorable and widespread rain beginning in September. Farmers were able to start their soybean planting on time this season instead of having to wait until well into November to get started like they had to do last year. That's where, again, Mato Grosso comes into the picture. Mato Grosso is the largest corn and soybean producer in Brazil, and most of the corn is "safrinha," or double-crop corn planted after soybeans are harvested.

Extensive dryness early in the growing season of 2015-16 forced farmers to delay their soybean planting. That, in turn, delayed the start of the safrinha corn planting, and forced much of the safrinha corn to go into the pollination phase right at the time that the Brazil season went into its usual dry spell. The impact was an easy call -- dry and hot conditions went into effect right at pollination time for much of the Brazil safrinha crop and resulted in much lower yields. (Think the U.S. corn crop in 2011 or 2012.)

Subpar Brazil production helped the U.S. grain market to have a late-spring rally in 2016. It's unlikely, given these estimates, that such a Brazilian contribution to supply concerns will repeat in 2017. 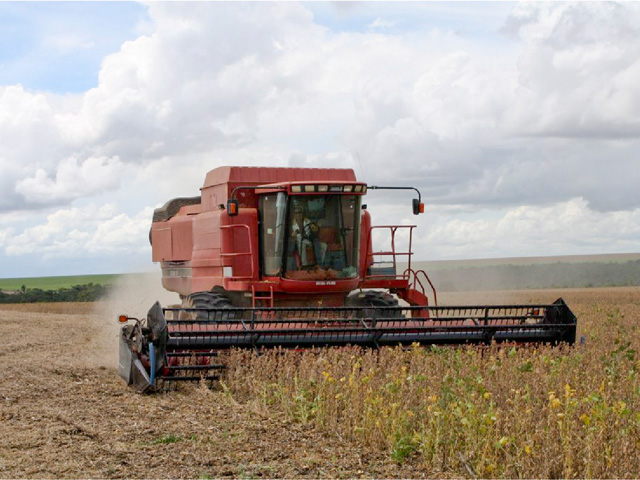