PITTSBORO, N.C. (DTN) -- Telling the story behind food is increasingly important -- or is it? Perhaps it is taste or value or just getting calories that matter? Do labels like organic, non-GMO and local do a disservice to consumers, especially those economically insecure?

What is it consumers really want? AND ... how can farmers ever begin to understand and supply those needs?

Questions were on the menu during a unique farm-to-table discussion I attended in North Carolina recently. It was hosted by BASF and the event took place on an old dairy farm converted to a posh inn surrounded by Belted Galloway cattle, cute climbing goats and fresh from local gardens food.

There was a row of Adirondack chairs set up to view the grazing cattle and pastoral view of the sun setting over the silo. You could have a wedding in the barn. The place was crawling with parents trying to expose children to a helping of farm life for the day and lodgers who could afford to stay longer to enjoy the luxury of a full-service boutique hotel.

For our tastes there was a sumptuous meal prepared by a gregarious chef willing to talk about the complexities of bringing locally sourced food to the paying public. "Good food brings people together," said Chef Colin Bedford.

It certainly did that night. Seated around the table were farmers Brent and Sue Leggett, a Nashville, North Carolina, couple who raise strawberries, sweet potatoes, cotton and soybeans. There's nothing quite like having a really good chef present a dish to you made of the freshest possible ingredients grown by the people sitting beside you.

I consider myself a "foodie" of a fashion, but dishes like sweet potato tartar accented with white asparagus, brown butter, fava beans and honey are treats to say the least. The strawberry white chocolate mousse with hints of basil and bits of biscuit was worth writing about if no other course had been served.

With a handful of journalists (both agriculture and consumer), a dietician, farmers (both commercial and those supplying niche markets) and industry seated about the table, the conversation was lively. Discussions ranged from the declaration that all sausage comes from the same vat to the need to know exactly how sausage is made and everything in between.

Organizers insisted that the goal of the event was to start discussions about food and to try something different by having it over a meal. It was an effort to promote "understanding." I exited with a full tummy and many leftover thoughts.

While the conversation was as diverse as the guest list, there was still a big helping of the "farmers are so misunderstood" being passed around the table. I get it -- there's a lot of that in my own profession. Media gets blamed for many things these days. When you are working hard, it's hard to choke back the defensiveness.

When it comes to agriculture, tough production years such as the one currently underway and pencil thin to nonexistent margins don't do much to encourage expanding our attitude.

Still, my concerns about the industry of agriculture is we often expect everyone to love us because we generally love and believe so deeply in what we do.

Let me hasten to say that I don't believe there is a single consumer. There are so many different needs and reasons for what they do and how they spend dollars. But, too often, when it comes to consumer acceptance discussions, I see us trying to put the consumer's feet under our own table.

I recently had a livestock producer tell me how I am silly to pay a higher price for locally produced beef and pork when the commodity stream is so safe. The same producer, who sells into that commodity stream, told me he wouldn't EVER eat meat purchased from a grocery retail outlet because it tastes disgusting compared to homegrown. Huh?

When I explained to a group of farmers that my New York City-based son carries everything he buys at the grocery store home in a backpack, they looked at me in disbelief and commented: "Why on earth would anyone live there?"

In a separate discussion on GMO labeling, I had another farmer tell me that no food should be labeled non-GMO because GMO-food is safe. However, they thought the new plant-based "fake" meat should get a GMO label because people need to know what they are getting. Talk about wanting your cake and eating it, too.

Sure, I'm cherry-picking and no drive-thru lane is going to deliver a to-go bag of tolerance.

The world is more distanced from the farm. That's not likely to change --if everyone lived on farms, we wouldn't have as many customers.

Consumers often aren't very well informed and yes, there's emotion and even fear-based marketing. Science may often be on our side, but how palatable is that information?

On the other side of the plate, we in agriculture may not always fully consider that food remains one of the few things consumers feel they have some control over each day. Taste and choice is extremely personal.

The generations now filling their plates have been asked what they want for dinner and offered a year-round smorgasbord of choice. Why are we surprised they want a voice?

Motherhood taught me that a person can be made to eat something, but it doesn't necessarily mean they will ever like it. Inviting consumers to sit down and break bread while we sincerely listen to their questions is certainly a more pleasant way to tackle acceptance barriers. Can agriculture do more of this outreach in a meaningful way?

It's something to chew on -- in the meantime, I'll take another helping of white chocolate mousse and don't skimp on the homegrown strawberries. 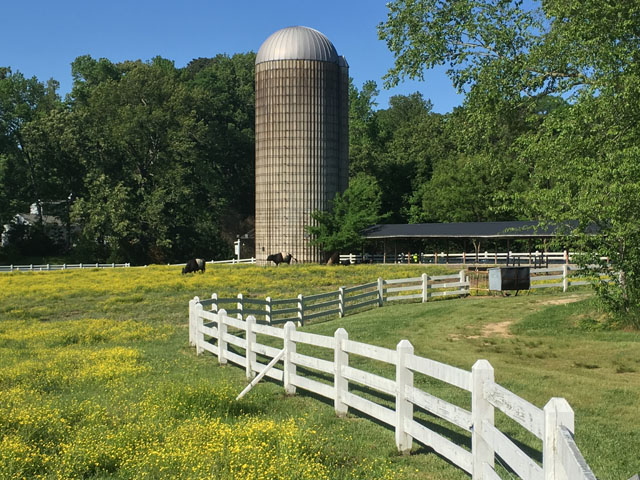