ARLINGTON, Va. (DTN) -- The clock is ticking for dicamba herbicides registered for use in Xtend soybean and cotton. The success or failure of the coming spray season will determine if "over the top" use of dicamba in those crops remains a tool for farmers beyond 2018.

In late 2016, the Environmental Protection Agency set the registrations for Engenia, XtendiMax and FeXapan to automatically expire in two years. D-day for a decision on dicamba will be this coming fall if the chemistry doesn't behave itself this spring and summer.

"We attempted to address as many of those possible causes as we could [through label changes] -- with the goal in mind that the 2018 season would drastically differ from the 2017 season," said Rowland.

However, many weed scientists have complained that these label changes do nothing to address volatility of dicamba. They have repeatedly warned that some of the label language is intentionally vague in order to transfer liability to the applicators. For example, EPA now gives a "do not spray if sensitive crops are downwind" order, but there is no distance or guidance on how far away a sensitive crop can be located.

The new label does not address every concern, Rowland acknowledged. "It was important to the agency to create a label that would work for the entire country and not just specific regions," he said.

He said the label changes also tried to retain the utility of technology due to its importance in managing herbicide resistance. "It never escaped the agency, the importance of having another tool for farmers to use," Rowland said, noting that the Xtend technology worked well in some areas of the country last season.

Looking back, EPA's initial explanation of the two-year conditional registration read like an elementary school teacher wagging a cautionary finger at a potentially unruly student:

"EPA is placing time limits on the registration to allow the Agency to either let it expire or to easily make the necessary changes in the registration if there are problems with resistant weeds or pesticide drift. Nevertheless, herbicide resistance is adequately addressed by the terms of the registration, and the Agency does not expect off-site incidents to occur."

"The 2017 spray season proved what we've always known about dicamba -- under certain conditions, it can move and soybeans, in particular, are super sensitive," said University of Illinois weed scientist Aaron Hager.

"Applicators can do a lot to reduce the physical drift of this product, but vapor movement is determined by the environment following application rather than the actions of the applicator," Hager told DTN.

Monsanto has predicted Xtend soybean acres will double to more than 40 million acres in 2018. More tolerant crops in the field could lead to fewer complaints on soybean and cotton but put other sensitive crops that have no built-in tolerance at additional risk if the product gets legs. Some weed scientists have also worried that applicators might get sloppy if they assume most crops planted are now tolerant.

What EPA has not revealed is what it will consider a success or a failure in the coming season. Rowland did allow that EPA is "very aware" of the need to make a decision on the future of the technology in time for 2019 seed selection. But he also noted there is not a definite timetable for that judgment.

Weather, of course, holds many of the cards on how the coming spray season will play out. Weed specialists speaking at the WSSA meeting repeatedly said off-target complaints were minimized in 2017 by spraying early or pre-emerge. Some states have added language beyond federal labels to attempt to hold applicators to earlier dates, but the reality is operators face a tight spray window under the best of conditions.

A repeat of the off-target injury to soybeans and other plants experienced during the 2017 season will put EPA in a tough position. The seed industry is heavily vested in dicamba-tolerant technology, and moving to other platforms will take time. Should EPA choose to discontinue registration, it is possible farmers could once again be looking at a 2016-like situation where dicamba-tolerant traits would be planted without a registered chemistry.

Will more education and restrictions, as the industry has stated and as the EPA has allowed, reduce the drift issues now associated with dicamba? Or will we once again get schooled by a 50-year-old chemistry and lose access to this technology? 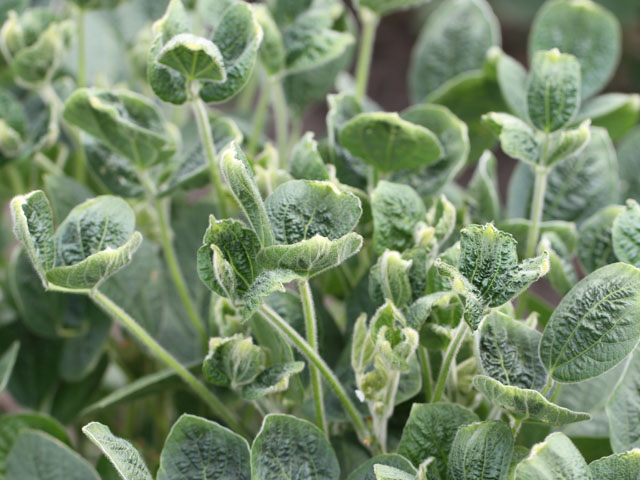