STARKVILLE, Miss. (DTN) -- The South is at war with weeds. Some 280 participants packed into a town-hall meeting here on Monday to talk about how to regain the upper hand against a growing list of resistant adversaries such as Palmer pigweed, Italian ryegrass and marestail.

The meeting was the first of a series of half-day regional workshops being sponsored by the Weed Science Society of America (WSSA). It's part of a national effort to develop research and regulatory priorities directly from those attempting to cope with the problem -- farmers, land managers, crop consultants and industry representatives.

The room resembled a spot in the field where the sprayer missed, as people packed in to share thoughts and brainstorm. Larry Steckel, University of Tennessee weed scientist, and other organizers of the event, expected a good turn out, but were slightly stunned by the response.

The drama over dicamba this past season spiked interest, Steckel said. Crop injury caused by dicamba in some parts of the South this year and concerns about how to safely use that herbicide and 2,4-D in new cropping systems, drifted in and out of the conversations. However, participants mostly focused on what keeps grower decision-making considerations and the impediments to implementing herbicide resistance management strategies. The thoughts will be compiled with other regions and forwarded to USDA and other decision makers.

Some of the messages identified during the Mississippi meeting included:

-- The increasing cost of weed control goes beyond mere cost of the product. Proper management of herbicide-resistant weeds is a year-long process that requires time management and additional labor that consumes resources beyond ratcheting herbicide costs.

-- There's a tremendous need for new herbicide chemistries and to speed up the regulatory approval process.

-- Answers can no longer come exclusively from the jug. Cover crops, mechanical seed destruction, crop rotation, tillage and a systems approach to managing weeds is now a reality.

-- Using multiple sites of action and overlapping residual herbicides all season long are now part of herbicide resistance management practices, but many Southern growers are still finding the need to use manual removal of herbicide-resistant weeds.

-- Getting across acres while weeds are at a susceptible size gets more and more difficult as water volumes increase and weather intervenes to reduce the number of viable spray days.

-- Stacking technologies together rather than being forced to choose one platform over another would help with resistance management.

-- The entire agriculture community has a vested interest in weed resistance. Increasing dollars to control the issue depletes what growers have to spend in other areas. The desire for more intelligent sprayers and integrated weed-seed destruction, for example, will require machinery manufacturer involvement.

-- There were requests for EPA and other regulatory decisions to be more science-based decisions rather than political.

-- The need for continuing education is critical. Weed control has become increasingly complex, and even if everything is done right, nature finds a way to overcome. The desire to have an easy system, like the Roundup Ready system of the past, is still a mental hurdle to successful herbicide resistance management.

According to the International Survey of Herbicide Resistant Weeds (weedscience.org), there are currently 477 unique cases (species "x" site of action) of herbicide-resistant weeds globally, with 251 weed species involved (146 dicots and 105 monocots). Weeds have evolved resistance to 23 of the 26 known herbicide sites of action and to 161 different herbicides. Herbicide-resistant weeds have been reported in 90 crops in 66 countries.

Glyphosate resistance in the U.S. has brought national attention on resistance. There are now 36 weed species resistant to glyphosate globally. Growers have reached for other chemistries, and that is putting pressure on those chemistries. Steckel noted that the South is now experiencing increasing problems with resistance to PPO-inhibitors. Although there is no known resistance to glufosinate, the herbicide used with LibertyLink technology, weed scientists want growers to take the proper steps to retain the life of that system. Steckel noted that approximately 50% of the cotton in his state is now hand weeded. Palmer amaranth is the driver weed, but growers said Italian ryegrass is also problematic.

Those interested in attending one of the upcoming regional meetings should check with WSSA for more details: http://wssa.net/…. Reservations are necessary to attend as the number of people attending could be limited. The WSSA site also has more herbicide resistance information.

The Mississippi meeting was held in conjunction with the Mississippi State University 2016 Row Crop Short Course, which continues through Dec. 7. On Tuesday, Mississippi growers drilled down on what they will have to do to manage new herbicide technologies.

Mississippi has additional regulations pending that would tighten the upper-end wind-speed allowance when spraying approved dicamba formulations in tolerant crops. Mississippi growers will likely see wind speeds held to 3 to 10 mph, compared to the XtendiMax label, which allows 3 to 15 mph. Growers will also be required to take a synthetic auxin herbicide learning module, but when they would need to take that course is still under discussion. 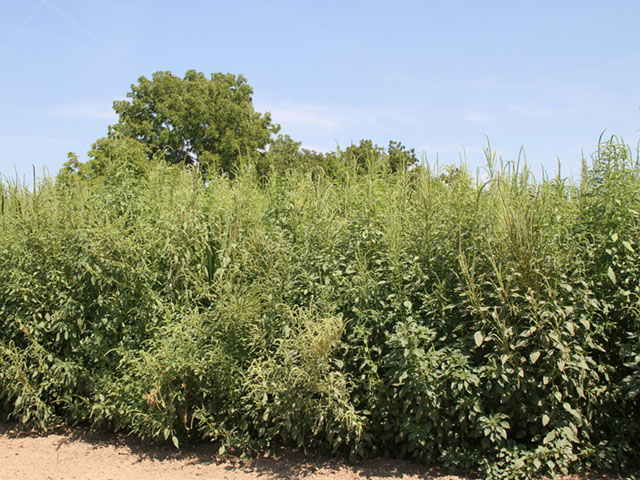