WILLIAMS BAY, Wis. (DTN) -- There are many reasons pesticide applications can go awry, but a good start to avoiding such problems is to read the label.

Duh... how simple is that, right? Apparently harder than it looks.

University of Missouri researcher Mandy Bish told DTN a recent survey shows only 43% of the Missouri pesticide applicators read the label each time they mix and spray. Missouri Extension weed specialist Kevin Bradley and Bish conducted the study in 2016, which included more than 2,200 respondents (60% of them farmers and the majority of the rest were custom retail applicators).

"New herbicide technologies are coming with an ever-increasing number of requirements that we've not seen in the past," Bish said. "Pesticide labels also change, so you can't assume from one year to the next."

In the Missouri study 15% of the respondents said they read labels half the time or less and 1.2% admitted they never read labels.

New herbicide weed control technologies are coming with very specific downwind buffer zones, wind speed requirements, tank mix restrictions and nozzle designations. Yet, in the Missouri study, 4% of the surveyed applicators say they never check wind speed or check it less than 50% of the time. Approximately 40% of the applicators say their primary method of checking wind speed before spraying is to look at the movement of leaves in trees and other vegetation.

Bish said most visual assessments are not accurate. Most pesticide labels recommend spraying at wind speeds of 3 to 10 miles per hour, although some labels can go slightly higher. Nearly 24% of those responding to the survey said they consider 15 mph the cutoff point, while 3.5% said over 20 mph was safe. Some said it depended on the chemical they were using and the use of surrounding land. Others said it depended on how far behind they were in getting their workloads accomplished.

Spraying in wind speeds that are below 3 mph can also cause temperature inversions. This is where air temperatures near the ground are lower than the temperatures at higher altitudes, creating a stable air mass. When inversions happen, pesticide droplets linger in the stable air mass, where they may be moved by wind gusts to non-target plants.

SPRAY BY THE NUMBERS

Herbicide labels also include an easy tool to help sort through the complicated maze of herbicide offerings. A box labeled "Herbicide Group" is listed near the top of the label. The number in the box is the site of action of the active ingredient based on a system developed by the Weed Science Society of America (WSSA). Premixes containing more than one site of action will have multiple numbers listed. Rotating herbicides with differing sites of action (sometimes referred to as mode of action) is important for reducing the risk of developing herbicide-resistant weeds.

The by-the-number labeling system eliminates the need to learn -- and remember -- the site of action. Canadian farmers have long relied on a similar system.

However, to use the number system, it's still important to know and understand the activity of the individual herbicides on weeds present in the field to make sure the product has good activity on the target weeds. For example, a Group 2 herbicide (ALS inhibitors such as Accent and Pursuit) would do little to control waterhemp, since most waterhemp is resistant to these herbicides. A Group 15 herbicide (Lipid inhibitors such as Dual and Outlook) would provide little control of giant ragweed or other large-seeded broadleaves due to an inherent poor activity on these weeds.

Premix herbicides containing multiple active ingredients are popular in the market today. The numbering system makes it easier to see that the sites of action in many of these products are the same. 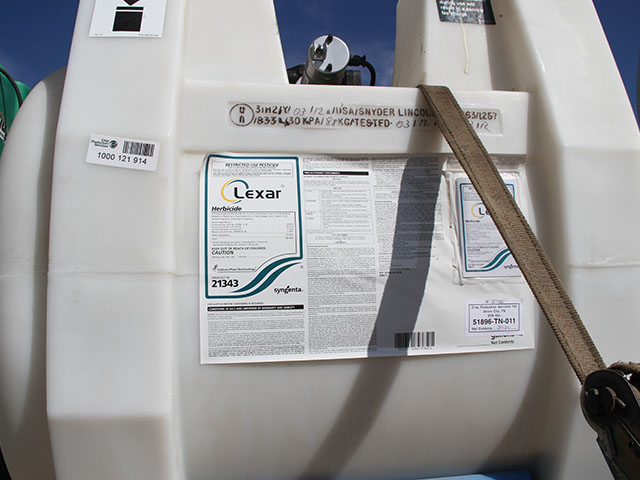