DECATUR, Ill. (DTN) -- I was thrilled when two of our three honeybee colonies survived the winter. Losing one-third of the herd may seem high to some livestock producers, but in the bee world, it's not a bad percentage.

The bees and I were flying high all spring. In April, we installed one new nuc into the empty hive box. A nuc is five full frames of a new bee family that are already reproducing -- they give beekeepers a running start on production compared to simply buying a box of bees that must start work from scratch.

Then, this week my husband and I checked the two carryover hives from last year and discovered telltale signs of new queen cells forming and no new brood (babies). Ugh... What that means is either our queen mothers died or have become weakened considerably. We must now buy queen replacements or wait for our bees to crown new queens.

One of the seasoned beekeepers in my local bee club recently suggested the beekeeper moniker is a misnomer. "I used to keep bees," he said. "Now I manage them." He is so right and it is not easy.

That fact was also confirmed by several pollinator studies that landed in my email last week. I'm a hobby bee wrangler by definition of these studies and since they've come out there have been multiple articles written about how to analyze the numbers and how the results are not comparable because the data is gathered differently. I get nervous when it takes more pages to describe how to interpret the results than the studies themselves.

Still, what I gathered from all these reports is what I've long suspected -- the biggest culprit in colony losses is varroa mite. The main diet of this horrible insect is the blood of developing bee larvae. The mites are the equivalent of dirty hypodermic needles spreading viruses. Beekeepers ranked it far and away the biggest contributor to bee losses in the recent USDA's National Agriculture Statistics Service survey, developed as part of the Pollinator Research Action Plan. Similar results were found in a recent Bee Informed Partnership study and a separate USDA/University of Maryland survey on honeybee diseases. Nosema, a fungal parasite that give bees the bellyache, was also highly implicated.

Pesticides, while mentioned, ran a distant third in the NASS study as the most common colony stressor. That's good news for farmers since pesticides have taken a lot of the heat for the decline of bee colonies across the country.

That doesn't mean the pressure on neonicotinoids will disappear, but does mean there are some numbers starting to emerge to help bring clarity why beekeepers all over the country lose colonies every year.

While pesticides, colony collapse, habitat losses and other things are sometimes behind these losses, it is lack of management of this destructive mite that is most often the cause.

In my small apiary, we did a good job of managing varroa last fall, but suspect we didn't get it quite right this spring. Truthfully, I don't like adding pesticides to the hive to control varroa, but have come to realize I owe it to the bees. Without effective management, mite infestations can overwhelm the colony or weaken it to the point it succumbs to other stressors. 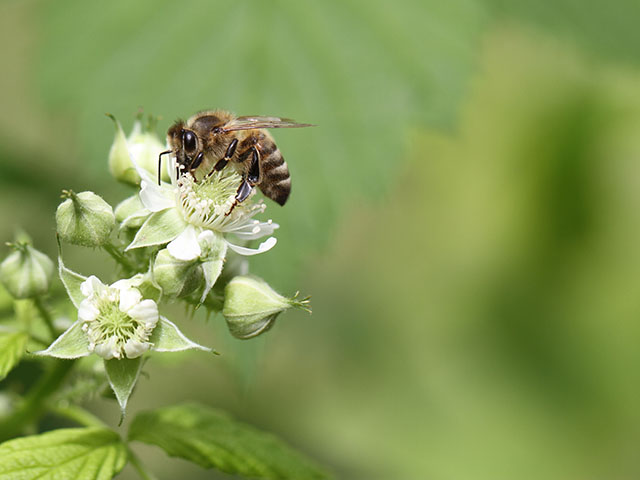