MANHATTAN, Kan. (DTN) -- Kansas may be house to the world's largest ball of twine, a barbed wire museum, the Dalton Gang's hideout and a long list of other random attractions, but in this state, wheat still reigns supreme. I'm pretty sure it's illegal to even mention gluten intolerance within the state borders.

This week 82 crop scouts pawed through Kansas wheat fields on the Wheat Quality Councils Hard Red Winter Wheat Tour to attempt to get an early estimate on yield and potential quality issues.

It was fascinating to see what can be done when the crop is managed or not. Scouts pulled yield estimates that ranged from lows of 16 bushels per acre (bpa) to 107 bpa. But it was the multitude of fields measuring 70 to 90 bpa yield potential that left veteran scouts stunned and questioning whether what they saw was real.

At the end of the tour, everyone was in agreement that the 2016 Kansas crop stands to be a bin buster with an estimated 382.4 million bushel crop compared to last year's total production estimate of 288.5 million bushels. Keep in mind that Kansas also seeded less wheat this year than over the past nine years.

Pressure from stripe rust, wheat streak mosaic and barley yellow dwarf foliar diseases was evident. It was apparent that many farmers used preventive control measures, as untreated fields were visibly poorer. Scouts pulled samples with aerial applicators swooping in the distance -- evidence that growers are doing what they can to preserve potential.

Fields throughout the tour exhibited signs of early season drought stress. Fields that matured earlier were in many cases hit harder and showed some kernel abortion. In other cases, the right amount moisture in April came just in time to save the crop.

Quality issues weren't evident now, but there was plenty of hushed hallway talk about possible wide protein price spreads and the amount of poor quality 2015 wheat remaining in storage.

Feedback from Twitter and other social media outlets allowed farmers to voice their opinions about the high yield findings. Some of those comments were not all favorable as the market bottomed out on Tuesday after the first big yields were reported.

Growers participating in the tour just shrugged off these comments. "Keep in mind that wheat is a fickle, fickle crop. You just never quite know for what it is going to do." 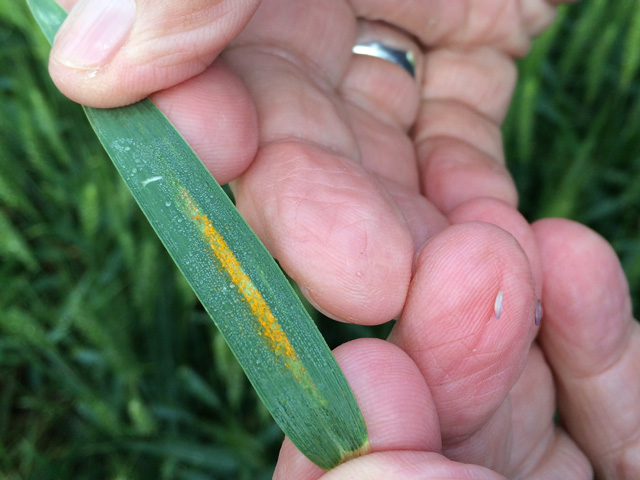