CHICAGO, Ill. (DTN) -- The announcement that Dow Chemical Company and DuPont Company are merging puts to rest rumors that played in the background of the American Seed Trade Association (ASTA) meeting this week. ASTA members consist of companies involved in seed production and distribution, plant breeding and other industries in North America.

The two U.S. chemical giants agreed today to a combination called DowDuPont that would form the largest seed and crop-protection provider in the industry. The deal creates a single company of roughly $81 billion in revenue and then carves it into three individual companies that focus on agriculture, material sciences and specialty products.

The merger obviously is bigger than seed alone. However, in the field of row crops, everything starts with seed.

The U.S. seed industry is no stranger to consolidation. Flow charts that show the industry's changes in ownership over the past two decades appear like worm trails in a muddy field (https://msu.edu/…). However, the DowDuPont deal is the first major collaboration in several years and it's a big one.

The DowDuPont marriage catapults the combined company past rival Monsanto in seed market share. In the hallways at ASTA, seedsmen wondered aloud about antitrust and questioned whether regulators would bless the union. In a statement today, Ed Breen, chairman and chief executive officer for DuPont said the $19 billion agricultural company would bring together strong, balanced portfolios in both seed and crop protection.

Breen said he did not expect any need for antitrust divestments because the two companies largely complement each other in the major sectors. "It would be very limited where there are product overlaps," Breen said. However, during Monsanto's attempts to merge with Syngenta this summer they pledged to spin off seed assets to avoid antitrust issues.

More hallway musings at ASTA questioned if this merger might cause Monsanto to rekindle the Syngenta courtship. However, according to news reports, the most recent cash takeover bids have come from China National Chemical Corp, also known as ChemChina.

Harry Stine is one seedsman hoping for good things from the DowDuPont merger, although he talked to DTN shortly before the merger announcement was made. Earlier this year, DuPont opted to license Roundup Ready Xtend soybeans, engineered to withstand dicamba herbicide, instead of Dow's Enlist Weed Control System, a 2,4-D tolerant system. Stine hopes the new DowDuPont alliance might reopen those negotiations. One of his companies, MG Technologies, developed Enlist E3 soybean in cooperation with Dow AgroSciences. This technology, featuring tolerance to glyphosate, glufosinate and 2,4-D is in line to become the industry's first three-way gene stack in soybeans. MG Technologies also has a collaboration with Bayer CropScience to develop Balance GT, a system featuring tolerance to glyphosate and isoxaflutole. Getting those beans into the Pioneer portfolio would be a boon to those herbicide trait technologies and the companies developing them.

If Dow's seed assets get distributed, Bayer is another company rumored to be in the hunt, although company sources wouldn't speculate on further acquisitions. Bayer has been building its soybean portfolio in recent years. Aside from speculation, all of these new traits have regulatory hurdles to overcome before they can be commercialized.

From his view, Bob Wyffels said he's perfectly happy with Wyffels Hybrids spot as an independently-owned seed company in a world of multinational giants. "The guys that lead those companies got up today thinking about their stockholders," said Wyffels, who is Vice President of Production. "We get up every day thinking about how we can service farmers."

The first seeds of a new round of consolidation have been sown. It's going to be interesting to see what germinates from here. 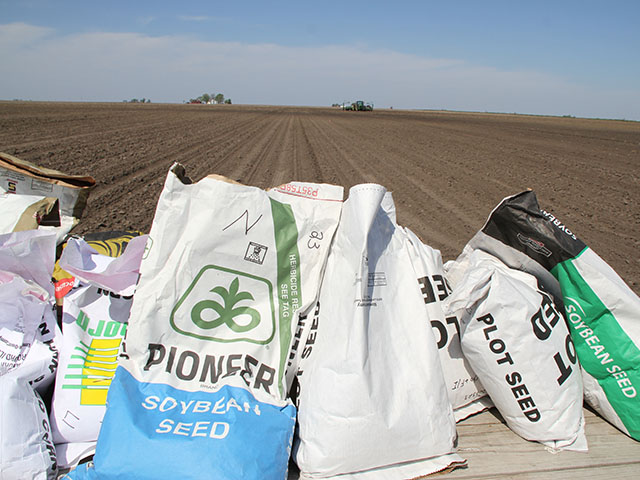