In April 2022, North Dakota was hit with not one, but two spring blizzards, dumping as much as 2 to 3 feet in western North Dakota. Eastern North Dakota, northern South Dakota and northwestern Minnesota weren't spared, and some areas saw 8 to 24 inches of snow. The 2022 blizzard was a record breaker in Bismarck (just for snowstorms in the month of April), according to local weather stations and while all that moisture was a relief from the harsh drought of 2021, it stopped spring planting in its tracks.

Besides the April snow total of 16.1 inches in the Grand Forks area, they also set a precipitation record for the month of April with 6.49 inches of rain, according to North Dakota meteorologists. Northwestern Minnesota reported the wettest April in history (back to 1895) with average precipitation over 5 inches and many areas of northern Minnesota also reported 8 to 20 inches of snowfall during April, according to University of Minnesota Extension.

Because of combined snowmelt and rainfall events, the Red River of the North and its tributaries spilled out of their banks and swallowed up farmland in its path.

I reached out to elevator managers and also spring wheat and durum farmers who eventually planted, some after their insurance last-plant date, hoping the summer weather would be kind to the late-planted crops.

Tim Dufault of Crookston, Minnesota, said the spring wheat crop in northwest Minnesota was very good, especially considering it was seeded a month late. "Lots of growers talked about fields over 80 bushels per acre (bpa). The region will be over trendline yields. The quality was good, test weights were over 60 pounds (lbs) per bushel and with a dry second half of the growing season, there were no issues at all with falling numbers. The protein content was 13.5% to 14.0% for most of the crop. Fall remained dry, so fall tillage and fertilizer application for next year's wheat crop was completed thankfully before we got this recent snow."

"We started out with a super wet/late spring as you know, and finally got wheat and barley planted in the last week of May," said Peter Bakkum of Mayville, North Dakota. "Our weather turned dry as the summer continued, which was probably helpful as we had adequate soil moisture and the dry weather took away disease pressure. Overall, our wheat yield and quality was average to a little below average. Our barley ended up being slightly above average yield with very good quality. I think we had some denitrification (loss or removal of nitrogen or nitrogen compounds) happen in our heavy Red River Valley soils due to the wet, warm and late spring, which hurt the wheat crops prospects."

Bakkum added that his wheat proteins were mostly in the 12% range. "However, we are used to a little lower protein on the heavy soils, and we usually prefer to grow varieties that favor bushels over protein. Even still, we like to see at least 13% normally."

"My barley was above average and great quality, and the wheat was average at best," said Peter Ness of Sharon, North Dakota. "Quality was good, and protein was 13% average, but I never have good protein. We are really dry and haven't had good moisture since July."

"We had an average wheat crop for southeast North Dakota," said Keith Brandt, general manager of Plains Grain and Agronomy LLC in Enderlin, North Dakota. "Only 65% of the intended spring wheat got planted because of the wet conditions and late planting. Yields ranged from 30 to 90 bpa, with good quality of 61-62 lbs test weight and 14.2% to 14.4% protein. For two years in a row now, our later-planted wheat was the best. Last year it was frost and this year it was mid-June heat. There is only approximately 30% to 40% that has been marketed. Farmers waiting for that rally like last year."

"Our spring wheat yields were right around 80 bpa, or 15 bushels or so above an average crop, with nice quality, while protein was at 13.6%, and .75-point less than normal," said Cory Tryan, grain manager Alton Grain Terminal, LLC in Hillsboro, North Dakota. "We had just enough subsoil moisture and a couple early timely rains. However, what we have now is completely dry down as deep as 8 feet (where they were digging a new water line in). It is terrible dry and not sure when the last rain was in August or July."

Darrin Schmidt of eastern North Dakota, said, "Wheat was good. We were blessed with average to above-average yields this year, which surprised us since we got in so late. The quality was fantastic as well. Protein was below to average and our highest was 14%-14.5%. It was not like past years when protein was plentiful. Harvest went well as we had good weather for it. I think most farmers had good yields though because basis is historically wide and that's causing some farmers to hold on to it longer than usual, I think."

Paul Anderson of Coleharbor, North Dakota, said he planted his crop in June and had good quality, with 14% protein and yield of 44 bpa.

"Quality was good with protein in the 14% range and our yield was variable," said Matt Undlin of Lansford, North Dakota. "We had a hailstorm in July during the North Dakota State Fair that destroyed some wheat in our area. We seeded some in April, May and June and didn't see much yield change between them. The rain shut off around Aug. 1, so we lost some top-end yield, but overall are happy with the crop."

Ryan Wagner, Wagner Farms of Roslyn, South Dakota, said, "Harvest weather was perfect as we were just starting our dry period that is still ongoing with only two shots of .25 inch of rain since the first week of August. Yields were average to slightly above average with good quality. Protein was mostly in the 14 range with 60 lb-plus test weight, good falling numbers and no DON (vomitoxin) to speak of. I did hear of some issues with ergot this year but not in our area. Despite the late start to seeding with most of our wheat planted after the late plant date for crop insurance, it was a good wheat year."

"We have had to turn away a lot of spring wheat loads due to ergot. When you are only allowed .05 of a percent doesn't leave a person much room. Talking with area producers it seems one variety was much worse than the other," said Tim Luken, Manager Oahe Grain of Onida, South Dakota. "Valda did have some ergot issues over the threshold of .05 of a percent and talking with producers. Valda was definitely the most popular variety planted this year. It seemed even if the crop was sprayed with fungicides or not really, it didn't make a difference. Overall, most of the spring wheat was sprayed with some type of fungicide."

According to the report, despite historically late planting, overall spring wheat yields were above average. The crop is very sound with low kernel moisture and little damage, thanks to minimal disease pressure and a dry harvest period. Protein content is lower than typical, on account of very strong yields in parts of the region and some variance in kernel size exists across the region due to areas of moisture stress during kernel fill. The crop graded U.S. No. 1 Northern Spring compared to last year when it graded a U.S. No. 1 Dark Northern Spring.

The 2022 northern durum crop, produced in North Dakota and Montana, was nearly 70% larger in production compared to 2021, and boasts excellent grade and kernel attributes, and high color scores for semolina and pasta, noted the report. Production was boosted by ample growing season moisture and favorable temperatures for a large part of the region leading to above average yields, despite an extremely late and delayed planting season. The crop graded U.S. No. 1 Hard Amber Durum (HAD), with nearly three-fourths of the crop grading No. 1 HAD, up from just 39% in 2021.

Given the wild weather events just as the planting season started, and the challenges so many farmers faced trying to plant the 2022 spring wheat and durum crops, both crops ended up much better than most expected.

The crop quality reports for 2022 spring wheat and durum can be found here: https://ndwheat.com/… 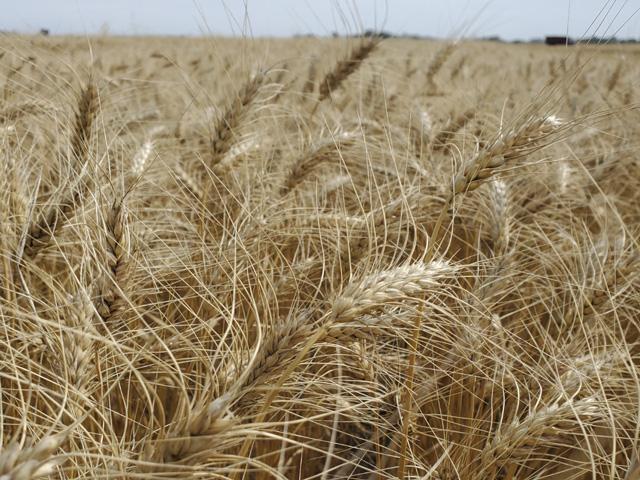