The climate is ripening for a rail strike as early as Nov. 19. The Brotherhood of Maintenance of Way Employes Division (BMWED) membership on Oct. 10 announced they voted against ratification of the tentative national agreement (TA) reached with the Class I freight railroads on Sept. 15, sending the two sides back to the bargaining table and resetting the clock for a potential strike.

On Oct.26, the Brotherhood of Railroad Signalmen (BRS) announced their members also rejected the TA. As of Nov. 7, that left seven rail unions voting for the TA, two unions voting no, and three unions still voting.

The two largest rail unions -- the Brotherhood of Locomotive Engineers and Trainmen (BLET) and the International Association of Sheet Metal, Air, Rail and Transportation Workers (SMART-TD) -- began their voting process on Nov. 1, with results expected Nov. 21.

The other union still voting is the International Brotherhood of Boilermakers (IBB)and is expected to release their results on Nov. 14. The International Association of Machinists and Aerospace Workers District 19 (IAM) released their voting results on their website Nov. 5 saying "IAM District 19 members have accepted the Tentative Agreement."

The bottom line is all 12 rail unions need to ratify the proposed TA or a work stoppage would occur. So, here we are with two unions saying no to the TA and the railroads saying they won't change anything.

According to the Associated Press on Oct. 20, "The railroads took the unusual step of issuing a statement rejecting the BMWED's latest request to add seven days of paid sick time on top of the 24% raises and $5,000 in bonuses they received in the first five-year deal." In other words, they aren't budging.

Meanwhile, the BMWED encouraged its union workers to contact their representatives asking them to support railroad workers' sick leave. https://www.bmwe.org/…

The status quo period (business as usual) for BMWED expires on Nov. 19 and on Dec. 4 for BRS, according to the Railway Labor Conference. If the other unions fail to ratify when their votes are counted on the dates mentioned above, they will have a status quo period extension that would run into December.

"But if efforts with any one union fail, then a strike or lockout would occur," noted Rail Workers United (RWU) on their website. "It's just a question of when and how long it would last. Freight would stop moving, as would most Amtrak service and commuter train operations in many metropolitan areas. As negotiations approach the deadline, expect shippers to divert freight to highways and for BNSF, CSX, NS, and UP to begin to embargo certain types of traffic, such as hazardous materials."

On Nov. 3, the National Grain and Feed Association (NGFA) and 192 other members of the Agricultural Transportation Working Group urged Congress to prepare to prevent a rail strike or lockout, which would "lead to shutdowns of rail-dependent facilities resulting in devastating consequences to our national and global food security."

In a press release on their website, NGFA noted, "Congressional action will be necessary if the parties fail to reach agreement," as the food and agriculture groups stated in a Nov. 3 letter to House Speaker Nancy Pelosi, D-Calif., Senate Majority Leader Chuck Schumer, D-N.Y., Senate Minority Leader Mitch McConnell, R-Ky., and House Minority Leader Kevin McCarthy, R-Calif. "Resolution of this dispute prior to Nov. 19 is necessary to ensure rail service continues uninterrupted. Adding urgency to this matter, critical inputs and agricultural products such as ammonia shipments could be embargoed starting on Nov. 14."

The Fertilizer Institute (TFI) in a Nov. 7 press release stated they sent a letter to Congress urging them to act to avert a potential rail strike that would see fertilizer and fertilizer inputs embargoed five days prior to the pending rail strike. "We warned that the U.S. couldn't afford a rail strike in September, and that still remains true today," said TFI President and CEO Corey Rosenbusch.

"The movement of fertilizer is greatly dependent on rail throughout the year. A rail strike would be devastating to fertilizer manufacturing and to fertilizer distribution to the farmers, who need it to grow the food on which the world depends. For every day shipments are embargoed we essentially lose five shipping days because of the ramp down and ramp up," added Rosenbusch.

The Renewable Fuels Association (RFA) and nearly 200 other organizations representing a broad swath of the agricultural value chain sent a letter to Congress on Nov. 3, asking them to act quickly to prevent a rail strike and service shutdown on Nov. 19, the deadline for unions and railroads to finalize an agreement.

"A strike or lockout combined with existing challenges in the rail system, at our ports, with trucking and with record low water levels on the Mississippi River impacting numerous barge shipments would be catastrophic for the agricultural and broader U.S. economies," wrote the Agricultural Transportation Working Group and many of its allies, in a letter to congressional leadership. "Congress must act to prevent this from occurring if the parties cannot reach agreement."

"The U.S. ethanol industry is highly reliant on the rail system to get our products to market," said RFA President and CEO Geoff Cooper. "More than 400,000 workers whose jobs are supported by the ethanol industry are depending on Congress, the Biden administration, the railroads, and the unions to work this out as quickly as possible. If the nation's trains stop running, the nation's ethanol biorefineries stop running too."

More than 70% of the ethanol produced in the United States is transported via railway across the lower 48 states as well as into Canada and Mexico. RFA added in their Nov. 4 press release that it continues to engage in discussions with the Biden administration and congressional leadership in search of a speedy resolution to the ongoing rail labor dispute.

All the groups urged lawmakers to be prepared to act quickly when Congress is back in session Nov. 14.

"The railroads and unions are heading toward a high-stakes game of chicken at a time when the labor-management relationship is at its lowest point in decades. It is unclear which side will blink first," said the RWU.

Oct 27 story about the second union voting down the TA: https://www.dtnpf.com/… 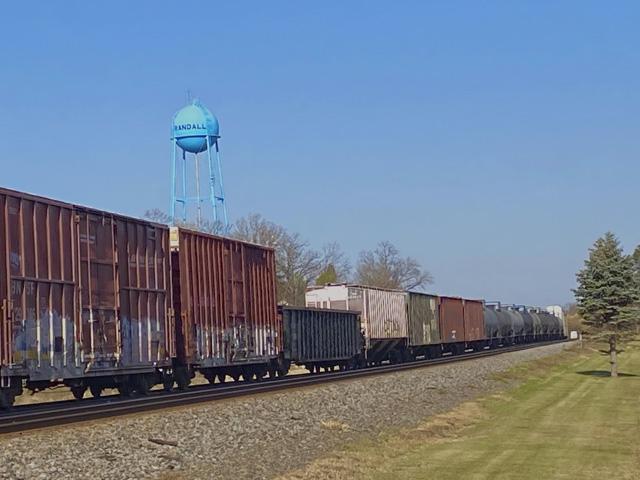