The Brotherhood of Maintenance of Way Employes Division-International Brotherhood of Teamsters (BMWED) announced on Oct. 10 that their membership voted against ratification of the tentative national agreement reached with the Class I freight railroads, sending the two sides back to the bargaining table and resetting the countdown to a potential work stoppage.

The American Arbitration Association counted and verified the election results. In total, 11,845 BMWED members submitted ballots, 6,646 against ratification and 5,100 approving the tentative agreement. 99 remaining ballots were submitted blank or voided for some other user error.

"The majority of the BMWED membership rejected the tentative national agreement and we recognize and understand that result," President Tony D. Cardwell said. "I trust that railroad management understands that sentiment as well. Railroaders are discouraged and upset with working conditions and compensation and hold their employer in low regard. Railroaders do not feel valued. They resent the fact that management holds no regard for their quality of life, illustrated by their stubborn reluctance to provide a higher quantity of paid time off, especially for sickness. The result of this vote indicates that there is a lot of work to do to establish goodwill and improve the morale that has been broken by the railroads' executives and Wall Street hedge fund managers."

President Cardwell added that the membership voted in record numbers on this tentative agreement, exhibiting that they are paying close attention and are engaged in the process. "BMWED members are concerned with the direction of their employers and the mismanagement and greed in which they have consistently implemented, and are united in their resolve to improve their working conditions across the entire Class I rail network."

The rejection of the tentative agreement results in a "status quo" period where BMWED will reengage bargaining with the Class I freight carriers. That status quo (current rates of pay, rules or working conditions remain intact) period will extend to 5 days after Congress reconvenes, which is currently set for Nov. 14.

Assuming Congress returns to session on Nov. 14 there could be no "self-help" until after Nov. 19, noted the press release on the BMWED website. (For the union, self-help means engaging in activities that may inflict economic harm on a company up to and including a strike.)

The National Carriers' Conference Committee (NCCC), which represents the nation's freight railroads in national collective bargaining, issued a statement saying, "We are disappointed that members of the BMWED have declined to ratify the recent tentative agreement between the BMWED and the nation's freight railroads. The parties have agreed to maintain the status quo as they discuss the next steps. As such, the failed ratification does not present the risk of an immediate service disruption."

The tentative agreement (TA) implemented the recommendations of Presidential Emergency Board No. 250, including a 24% compounded wage increase and $5,000 in lump sum payments. It also included significant increases to the national rules relating to reimbursements for travel and away-from-home expenses for the roughly 50% of BMWED members employed in traveling roles, noted the NCCC press release.

"Following conclusion of negotiations on the national rules on September 10, several carriers also thereafter engaged in local discussions during the 21-day ratification period that just concluded regarding carrier-specific implementation of the new national travel and expense rules in the TA. Those local agreements, which would have gone into effect in conjunction with the TA, were not all reached until recently," said NCCC. At present, four labor organizations have ratified agreements to resolve the national bargaining round.

The two largest U.S. rail unions Brotherhood of Locomotive Engineers and Trainmen (BLET), and the Transportation Division of the International Association of Sheet Metal, Air, Rail, and Transportation Workers (SMART-TD) have not yet voted on the TA. Both unions are running nearly the same schedule of the process prior to the final vote by members.

The schedule for SMART-TD said on their website that as of 11:59 p.m. Eastern on Friday, Oct. 7, the 15-day question-and-answer submission period concluded. The next steps in the process of considering the agreement will consist of meetings between legal representatives of both SMART-TD and the carriers, which will address the questions posed by members and their General Chairpersons, and then coming to agreed-upon interpretations to answer these questions.

The completed Q&A document will be released in conjunction with the full text of the TA prior to the start of the 21-day TA balloting period toward the end of October, said the SMART-TD website.

It is uncertain if the "no vote" just passed by BMWED will have any impact on SMART-TD or BLET union members as they vote.

Equally uncertain is whether railroads will again blink and sweeten their offers to avoid a work stoppage, as they have twice done to gain the tentative agreements such as rejected by BMWED, reported Railway Age. "Rejections by other unions will only increase the precariousness of the status quo." 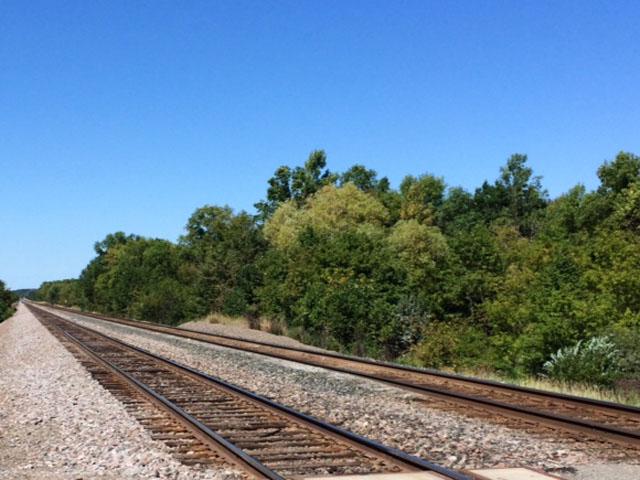