Rail and port workers in the U.S. and Canada are in the midst of contract negotiations, and a failure to come to an agreement could be a disaster for West Coast ports and railroads. Currently, there are three major transportation-related groups in contract talks with one already declaring a strike.

On June 18, after rejecting the latest contract offer from Canadian National (CN), the International Brotherhood of Electrical Workers (IBEW) went on strike. The IBEW workers involved consist of approximately 750 signal and communication employees in Canada and walked off the job to fight for better wages and benefits.

CN announced in a news release on June 20 that normal rail operations would continue safely, as it had implemented its operational contingency plan. The plan allows the company to maintain a normal level of safe rail operations across Canada and serve its customers for as long as required if the strike continues.

CN Executive Vice President and Chief Operating Officer Rob Reilly sent a letter to all employees represented by the Union to inform them of CN's latest offer. "We have been in negotiations with the Union since October 2021," Reilly said. "CN has approached this round of bargaining with the objective of improving wages, benefits and work rules, and ensuring the safety of our employees. We have met or exceeded every one of the Union's demands in an effort to reach an agreement prior to the strike deadline. Unfortunately, we did not reach an agreement and the Union has exercised its legal right to strike." Here is a link to that letter: https://www.cn.ca/….

CN said that it is disappointed with the current situation but remains committed to finding a resolution, and it continues to encourage the IBEW to end its strike through an agreement or through binding arbitration.

U.S. rail worker unions recently said "no" to railroad contract proposals after three weeks of mediation following more than two years of "fruitless negotiations" with Class 1 railroads. Enter the National Mediation Board (NMB), who put forth a proffer of arbitration to move the dispute to the final steps of the Railway Labor Act.

As of June 16, the first deadline passed for unions to accept the proffer, and then, on June 18, the parties entered into a 30-day "cooling off" period where the status quo is maintained. This is the first of three 30-day windows aimed at finding an agreement.

At the end of that 90-day stretch, if no agreement is reached between the parties, congressional intervention could be all that prevents a national shutdown.

On June 24, the Brotherhood of Locomotive Engineers and Trainmen (BLET) said it began mailing ballots to more than 23,000 members seeking authorization for the Union's leadership to call a strike should one become necessary to settle the current national contract dispute with the nation's largest rail carriers. This is a mandatory step required by the Brotherhood's internal law as the Union approaches the point where self-help becomes a legal option to both labor and management, noted BLET in a news release.

Amid all this, there are still ongoing rail logistic issues at many of the Class 1 railroads. On June 13, Surface Transportation Board Chairman Martin Oberman said on the STB website, "We are in the middle of a rail service crisis and the Board continues to receive reports about persistent, acute, and dramatic problems in rail transportation, disrupting critical supply chains and shutting down companies."

In response to the extensive problems described at the April 26 and 27 hearing in Urgent Issues in Freight Rail Service, the STB on May 6 issued an order requiring the four largest U.S. railroads, BNSF, CSX, NSR and UP, to file service recovery plans that would specifically describe their key remedial initiatives and promote a clearer vantage point into operating conditions on the rail network.

"The freight rail industry is currently struggling to provide adequate rail service, yet the service recovery plans we received are woefully deficient and do not comport with the spirit or the letter of the Board's order," said Oberman. "It is particularly disturbing that the railroads failed to comply with the order requiring them to file adequate service recovery plans. I had expected a better response from the carriers to the Board's previous order, and now with more explicit instructions, which should not have been needed, there will be no excuse for continued lack of compliance."

It was at the hearings that all rail unions testified about the poor worker morale, particularly after some railroads eliminated a third of the workforce in less than a decade. One rail worker said that railroads are trying to do more with less, and it is having a negative effect on all of them. It's no wonder that the current contact negations have failed.

The Pacific Maritime Association (PMA) and the International Longshore and Warehouse Union (ILWU) released a joint statement regarding labor negotiations that started May 10. "Talks are scheduled to continue on a daily basis until an agreement is reached," the statement said. Both sides also said they expect cargo to keep moving throughout the process.

At midnight on June 30, the contract expires for 20,000 West Coast dockworkers at 29 U.S. ports. Both parties have said they expect talks to extend beyond the July 1 expiration of the existing deal. Even still, the White House is on standby if negotiations should worsen.

It is important to note that when an existing contract expires, the "no strike" clause becomes null and void and the possibility of disruption increases.

The Journal of Commerce said in a June 14 article about the current talks, "In past negotiations dating back to 2002, an agreement was never reached by the July 1 expiration date. The 2002 negotiations were marked by ILWU work slowdowns and a PMA lockout of dockworkers, which resulted in costly disruptions. That was not the case in the 2008 negotiations, which experienced virtually no slowdowns."

So, the question remains: How will all of these current contract negotiations turn out? This time around could get interesting because, given the years of COVID-19 struggles and current inflation, among many other issues, workers certainly have the upper hand.

Years of Contract Negotiations Between Railroads and Workers Stall: https://www.dtnpf.com/… 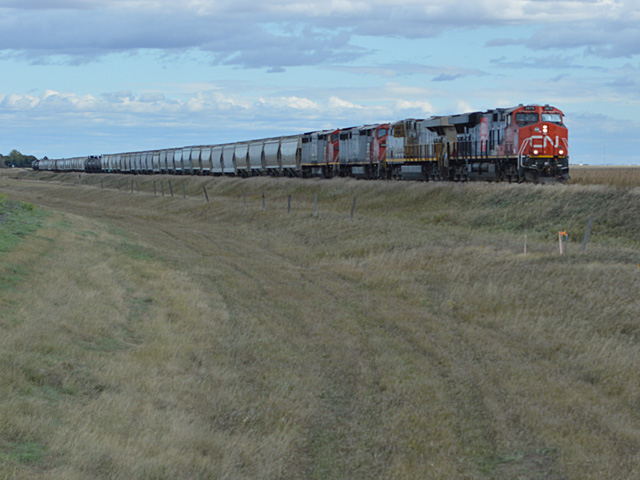