The Pacific Maritime Association (PMA) and the International Longshore and Warehouse Union (ILWU) released a joint statement regarding labor negotiations that started May 10, 2022, in San Francisco. "Talks are scheduled to continue on a daily basis until an agreement is reached," the statement said. Both sides also said they expect cargo to keep moving throughout the process.

Current negotiations involve the Coast Longshore Division, the division of the International Longshore and Warehouse Union that represents dockworkers at the 29 ports on the West Coast of the United States, in California, Oregon and Washington.

The current ILWU contract, set to expire July 1, was signed in 2015 after negotiations went on for almost nine months, causing work slowdowns and lockouts negatively affecting port operations. In 2019, the ILWU agreed to a three-year extension of the existing contract increasing wages, maintaining health benefits and increasing pensions from 2019 to 2022. In late November 2021, West Coast employers offered a one-year contract extension of the current contact, but ILWU rejected the offer, noting that they haven't been at the negotiating table since the 2015 contract was signed.

In an open letter from Willie Adams, ILWU International president, that was posted on the ILWU Coast Longshore Division Facebook page, Adams said, "While there has been much speculation in the media as to what these talks will mean to our economy with some headlines expressing an apparent hope of conflict to capture their audience's attention, I can tell you that the men and women of the ILWU are looking forward to the opportunity to meet with the employers and seek a contract that honors, respects, and protects good American jobs and U.S. importers and exporters, while reflecting the hard work they have been doing not only throughout COVID but in our 88-year history at the ports." (Read the open letter here: https://www.facebook.com/…)

In a video statement on the PMA website, James McKenna, chief executive of the PMA, said the organization is committed to negotiating a new contract without disruptions. (Video statement can be seen here: https://www.pmanet.org/…)

A Bloomberg article about the talks stated, "In the seven years since West Coast port workers have negotiated a full, fresh contract, the hardships of laboring through the COVID-19 pandemic, employers' recent robust profits, and the rapid acceleration in inflation could all drive up ILWU members' expectations for winning substantial raises."

The ILWU and PMA have said they will reach an agreement and "are committed to do so without disruptions," noted Bloomberg. However, it is unlikely this will happen by July 1. "It doesn't matter that the contract isn't done by July 1, that's not the litmus test," PMA President Jim McKenna said last month. "The litmus test is the contract is done and there's been no disruption. I don't care if it's done three months after it expires."

PMA said on their website they are committed to good-faith negotiations without disruption to port operations. "Any interruption would severely harm the local and national economies and impact jobs nationwide."

Even still, the White House is on standby in case it needs to repeat their actions in the 2014-2015 contract dispute after a nine-month disruption in port operations and shipping delays, which only ended after the Obama administration intervened. 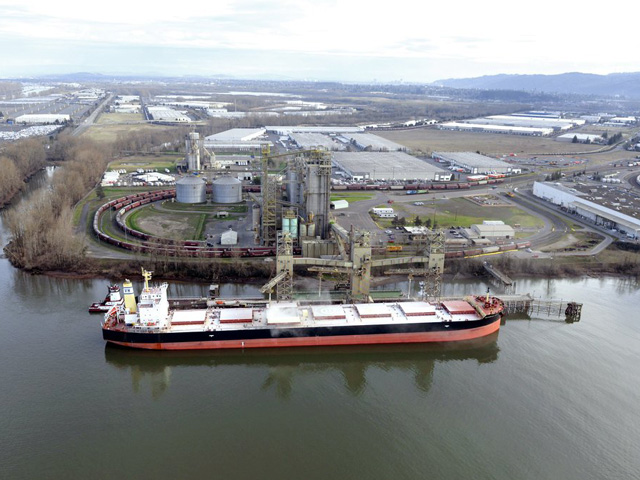