On Oct. 25, the twin ports of Los Angeles and Long Beach announced that to improve cargo movement amid congestion and record volume, they would begin assessing a surcharge to ocean carriers for import containers that dwell on marine terminals. The Container Excess Dwell Fee went into effect on Nov. 1, but won't be assessed until Nov. 15.

Beginning Nov. 15, the ports will charge ocean carriers with cargo in those two categories $100 per container, increasing in $100 increments per container per day. The carrier would be liable for $100 on the first day a container is in violation, $200 the second day, $300 the third day, and so on. In just one week, that would cost the carrier $2,800.

Port of Los Angeles Executive Director Gene Seroka said, "We must expedite the movement of cargo through the ports to work down the number of ships at anchor. Approximately 40% of the containers on our terminals today fall into the two categories. If we can clear this idling cargo, we'll have much more space on our terminals to accept empties, handle exports, and improve fluidity for the wide range of cargo owners who utilize our ports."

Port of Long Beach Executive Director Mario Cordero added, "With the escalating backlog of ships off the coast, we must take immediate action to prompt the rapid removal of containers from our marine terminals. The terminals are running out of space, and this will make room for the containers sitting on those ships at anchor."

In their inaugural meeting on Oct. 27, the National Shippers Advisory Council (NSAC), created to advise the Federal Maritime Commission (FMC), said during the meeting that the fees, if implemented, would be "catastrophic."

The NSAC is composed of 12 U.S. importers and 12 exporters who were very vocal about the penalty. "As far as the 'hyper-demurrage' announced in Los Angeles/Long Beach, I think it will be catastrophic," said Rich Roche, vice president of international transportation at Mohawk Global Logistics, during the NSAC meeting.

"Chassis are already in short supply, and this will artificially suck out the rest of the containers that may be sitting in there (at terminals) that didn't need to be on a chassis, and now they're going to be parked somewhere. It's probably going to wipe out whatever's left in terms of chassis," predicted Roche.

Bob Connor, executive vice president of global transportation at Mallory Alexander International Logistics, said, "This absolutely came out of left field. I don't see this charge doing anything but adding more cost, and freight rates being what they are, this is the last thing we need."

Maritime attorney Carlos Rodriguez told the Journal of Commerce, "The fee will be charged to the ocean carriers, but it is expected that the carriers will pass these along to shippers, meaning shippers will, in effect, end up paying a port demurrage surcharge over and above hefty demurrage charges already in place, which are already causing enough havoc in the industry,"

According to Freight Waves, carriers' demurrage and detention fees have faced heavy criticism over the past year. "They are a focus of FMC regulators as well as proposed legislation to reform the Ocean Shipping Act.

"And yet, the Los Angeles/Long Beach plan, with the explicit blessing of the Biden administration, will have the same effect as demurrage," noted Freight Waves.

The Port of Los Angeles on Nov. 1 started taking daily data snapshots of how long import containers were sitting at their container terminals. Port of Los Angeles Executive Director Gene Seroka said that "If progress is being made clearing our docks, I have the discretion to delay the start of fees beyond Nov. 15. Our goal is to see significant improvement on our docks so that we don't need to administer any fees."

Here is a link to the Federal Maritime Commission Carrier Automated Tariffs: https://www.federalregister.gov/…

Here is a link to the transcript of the NSAC Oct. 27 meeting: https://www.fmc.gov/… 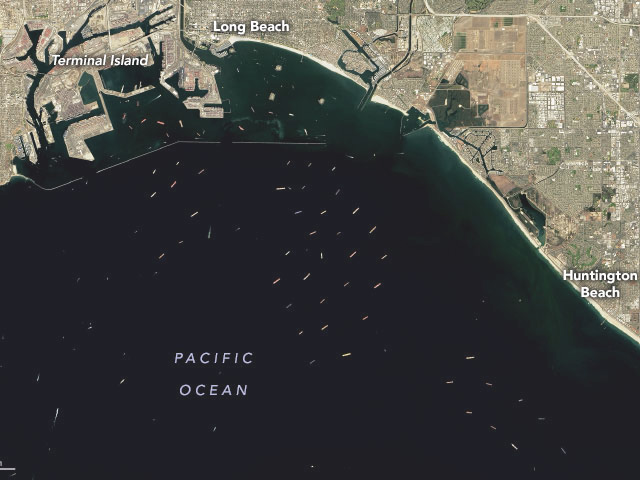