Since Oct. 1, 2017, the U.S. Surface Transportation Board (STB) has been looking lean, with only two commissioners on hand. When President Donald Trump took office, he nominated Commissioner Ann D. Begeman, a Republican, to become acting chairman, with former chairman, Democrat Dan Elliot, becoming vice chairman. At that time, the STB consisted of three commissioners: Begeman and Elliot, along with Democrat Ann Miller.

On Sept. 30, 2017 after former STB chairman and then STB member Dan Elliott resigned, only two members remained. While there is no quorum requirement for voting at the STB, meaning Begeman and Miller could continue to decide cases, a voting tie would be considered a negative result. However, at the NGFA Transportation conference in July 2018, Begeman told participants that rulemaking issues were on hold until the new members are confirmed, because they "need to be decided by all five members, not just two." The 2015 Surface Transportation Board Reauthorization Act created two new seats to make the STB a five-person agency, but since that time there have been no White House nominations under Obama or Trump to fill the extra two vacancies.

In March 2018, President Trump did nominate two Republicans to be on the Board: Patrick Fuchs, a senior staff member of the Senate Commerce Committee and Michelle Schultz, associate general counsel for the Southeastern Pennsylvania Transportation Authority (SEPTA). On July 6, 2018, President Trump nominated Martin J. Oberman, a Democrat and attorney from Chicago. All were awaiting review and confirmation by the Senate.

On Jan. 1, 2019, the day after former Commissioner Deb Miller's term expired, Begeman became the only commissioner on the STB. Then, on Jan. 3, the Senate confirmed two new STB commissioners, Fuchs and Oberman, but the Senate did not advance the nomination of Schultz, thus leaving the STB with only three commissioners.

NEW BOARD GETS TO WORK ON UNFINISHED BUSINESS

There have been many issues left hanging for years as the STB went through changes. One of them, the rail rate case process, has been under discussion since late 2013. Begeman spoke at the July 25, 2018, National Grain and Feed (NGFA) Ag Transportation Summit in Washington, D.C, and said that most shippers are painfully aware that the current methodology used to challenge freight rail rates is unreasonable, time consuming and extremely costly for a shipper to file.

In Jan. 2018, Chairman Ann Begeman formed a rail rate reform task force to recommend improvements to the STB's existing rate review processes and to propose new rate-review methodologies that are more attuned to the realities of the current transportation world. Sixteen months later, on April 29, 2019, the task force completed a staff report providing its recommendations for possible changes to the rate review methodologies and processes used by the STB.

The STB simultaneously made the report available to the public: https://www.stb.gov/…

The National Grain and Feed Association (NGFA) issued a press release commending the STB for issuing the completed staff report of its rail rate reform task force. "Based upon an initial review, the NGFA believes the task force has produced a thoughtful, succinct and good-faith document that contains an accurate portrayal of the systemic problems with each of the STB's existing methodologies and procedures available to rail customers to exercise their legal right to challenge unreasonable rail rates."

The NGFA said it is "evident from the report that the task force listened and earnestly evaluated comments and input made by the NGFA and other rail stakeholders during its year-long process of reaching out to rail customers and carriers alike."

The NGFA also commended Chairman Begeman, who in an April 29 statement accompanying the release of the task force report, cited rail rate reform as her "top priority" and further stated that the "only option not on the table is one where we (the STB) do nothing," something that the NGFA wholeheartedly agreed with.

The NGFA also commended the task force for recognizing the statutory constraints imposed by Congress on railroads' ability to "differentially price" their traffic by charging higher rates to some customers of similar traffic compared to others, once the carriers attain revenue adequacy.

The NGFA in 2011 had developed and proposed to the STB a new, simplified rate-challenge methodology intended to be workable for agricultural shippers and receivers. NGFA said it looks forward to participating fully in future STB forums that are expected to be organized to solicit feedback on its task force report and ways to refine, build upon and pursue its recommendations. NGFA said it would provide additional reaction, input and recommendations concerning the task force report at that time.

Another issue, reciprocal switching, has been brewing since July 2016 and is perhaps the most contentious among the industry. Reciprocal switching refers to situations in which a Class I railroad that has physical access to a specific shipper's facility switches traffic from the facility to another railroad that does not have physical access, in exchange for compensation in the form of an access fee/switch charge. "This is a complicated issue," Begeman said at the 2018 NGFA Transportation Summit. "We need to make sure we know what we're doing so there are no unintended consequences."

Begeman added, "I want good rail service to where a shipper wants to go for the price they are willing to pay and don't have to worry about reciprocal switching costs."

"Shippers can contact my office at any time through the STB Rail Customer and Public Assistance Program," said Begeman. "This program solves problems in ways ranging from a simple answer to a telephone inquiry to lengthy informal mediation efforts." Topics include questions on rates and other charges, railroad-car supply and service issues, claims for damage, interchange issues, employee complaints and community concerns. Begeman said that this program has been "successful for shippers."

Here is a link to more information on the STB Rail Customer and Public Assistance Program: https://www.stb.gov/…

"We can't fix everything," Begeman said, "but we sure will try."

Here is a link to the STB website where you will find links to all of the current issues the STB is working on: https://www.stb.gov/… 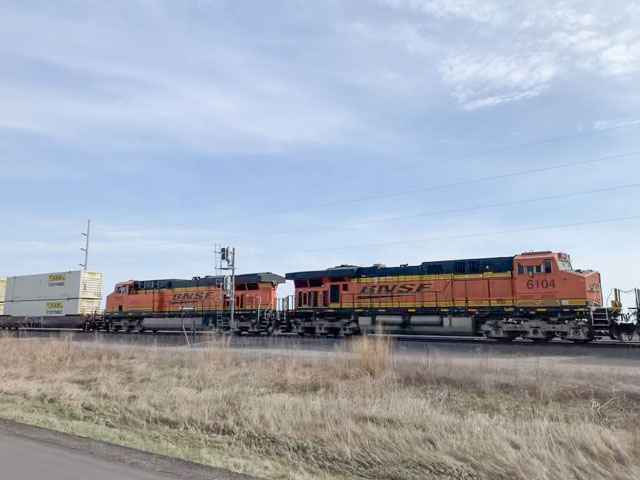