During the signing of the tax overhaul bill on Dec. 22, 2017, President Donald Trump said, "Infrastructure is by far the easiest," according to a Washington Post article from Jan. 3, 2018. "People want it -- Republicans and Democrats. We're going to have tremendous Democrat support on infrastructure as you know. I could've started with infrastructure -- I actually wanted to save the easy one for the one down the road. So we'll be having that done pretty quickly," the Washington Post quoted the president as saying.

Over one year later, there is still no firm plan for how to fund and fix the nation's aging infrastructure. In March 2018, the American Society of Civil Engineers (ASCE) released their 2017 Infrastructure Report Card, an assessment of the condition of the nation's infrastructure across 16 categories (roads, bridges, railroads, inland waterways, etc.). This report card is issued every four years. The overall grade for the entire 16 categories was a D-plus. (https://www.infrastructurereportcard.org/…)

Steenhoek continued: "I like to argue that agriculture has one of the most diverse and elongated supply chains of any industry in existence. We are heavily exposed to and dependent upon our system of roads and bridges, highways and interstates, inland waterways, railroads and ports. Farmers do not have the luxury of locating themselves in proximity to infrastructure. Rather, farmers hope infrastructure locates in proximity to them. Our viability as an industry depends upon having each of these modes being properly maintained and providing seamless transition from one to the other."

After President Trump's State of the Union speech last week, in which the president called for a bipartisan effort to address the needs of the nation's infrastructure, I asked Steenhoek again about his thoughts on the subject.

Here is what Steenhoek had to say: "While we are very appreciative of the inclusion of transportation infrastructure during the President's remarks, we are particularly hopeful that this intention will soon become an outcome. We encourage the President and Congress to enhance not just the transportation needs of urban America, but also the needs of rural America.

"The temptation among our elected leaders is to regard transportation challenges in terms of urban congestion or long commute times. While this is most certainly a frustrating reality for many Americans that should be addressed, we must also be attentive to the addressing the challenges of moving freight, including agricultural freight."

The ASCE report card provided proof that our infrastructure is crumbling and is in dire need of funding. The nation's roads received a D-minus, with inland waterways, dams and levees receiving the next lowest grade of D.

In 2018, the Soy Transportation Coalition released its "Top 10 Most Wanted List" of infrastructure priorities. Steenhoek told me last week that the STC is hopeful any effort by our elected leaders to address our transportation challenges will include some or all of these priorities.

-- Maintenance and rehabilitation of locks and dams to significantly reduce the potential for unexpected, widespread and prolonged failure. Priority should be devoted to ensuring the reliability of locks and dams along the nation's inland waterways.

-- Dredging the lower Mississippi River between Baton Rouge, Louisiana, to the Gulf of Mexico to 50 feet.

-- Ensuring the Columbia River shipping channel from Portland, Oregon, to the Pacific Ocean is maintained at no less than 43 feet.

-- Provide greater predictability and reliability of funding for the locks and dams along the inland waterway system.

-- Provide block grants to states to replace the top 20 most critical rural bridges.

-- Provide grants to states to implement rural bridge load testing projects to more accurately diagnose which bridges are sufficient and which are deficient.

-- Permanent (or at least multi-year) extension of the short-line railroad tax credit.

Steenhoek commented that one particular infrastructure investment included on the list that could provide substantial benefit to farmers would be to dredge the lower Mississippi River from 45 feet to 50 feet. A deeper river would allow both larger ships to be utilized and current ships being utilized to be loaded with more revenue-producing freight

"The 256-mile stretch of the Mississippi River from Baton Rouge, Louisiana, to the Gulf of Mexico accounts for 60% of U.S. soybean exports, along with 59% of corn exports -- by far the leading export region for both commodities," said Steenhoek. "The STC research highlighted that shipping costs for soybeans from Mississippi Gulf export terminals could decline 13 cents per bushel ($5 per metric ton) if the lower Mississippi River is dredged to 50 feet."

The STC research further estimated farmers in the 31 evaluated states could annually receive an additional $461 million for their soybeans due to a more favorable basis resulting from dredging the lower Mississippi River to 50 feet. "All too often, infrastructure projects can only provide a theoretical benefit. Dredging the lower Mississippi River is an example of a tangible investment having a tangible impact on farmers throughout the country," said Steenhoek.

None of that matters if our current lock and dam system fails, shutting off commerce on the river system. The U.S. Army Corps of Engineers (USACE) has said in the past that it is "unable to adequately fund maintenance activities to ensure the navigation system operates at an acceptable level of performance." A failure of significant duration, especially during and after harvest, would have a negative impact on the soybean and grain industries and cause farmers to lose money, affecting their profitability.

Steenhoek noted that, in 2013, Congress allocated $4.7 billion to the Army Corps of Engineers' Civil Works Program, which is the account responsible for maintaining and improving our nation's locks and dams. The current appropriations bill allocated $6.9 billion -- a 47% increase over five years.

"Congress and the Administration need to build on this momentum in order to provide a well-maintained system of locks and dams. A failure at one or more of these sites would have severe consequences on the competitiveness of the American farmer," said Steenhoek.

"We sincerely hope a bipartisan effort can produce an infrastructure initiative that benefits the needs of both urban and rural areas of this country," said Steenhoek. "It is time for infrastructure to move from the on deck circle to the batter's box."

Here is a link to the STC website: http://www.soytransportation.org/…. 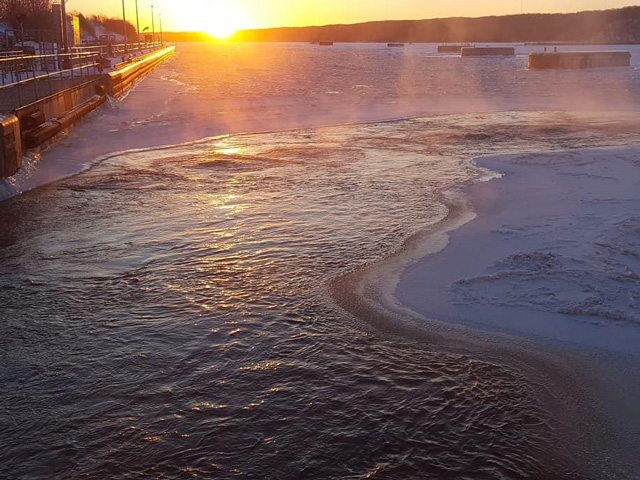