Above average precipitation in the south and the Ohio River Valley have kept the Lower Mississippi River (LMR) at high water levels for an unprecedented period of over 60 days. Tom Russell, Russell Marine Group said that, "High water safety protocols have slowed barge traffic movements from St. Louis to New Orleans. The system has been stressed due to delayed logistics."

Farther north, as the record spring snows melted, filling the Mississippi River in St. Paul, Minnesota, river terminals there were unable to load barges until recently when the water finally started to recede. High water and minor flooding on the UMR and Middle Mississippi River (MMR) caused transit delays and tow sizes to be reduced out of St Paul.

As the water flowed south, flooding caused the closure of Locks 16 (Muscatine, Iowa) and Lock 17 (New Boston, Illinois) on Friday, May 11, and were expected to remain closed until Monday, May 14, causing major delays to barge traffic in the area. Until floodwaters recede below 18 feet, lock 17 will remained closed.

The National Weather Service Quad Cites noted May 14 that, "With the recent rainfall on top of the progressing routed snow melt water, river crests may again be approaching major flood category. The Mississippi River at Muscatine was at 18.27 feet and steady; flood stage is 16.0 feet. The Mississippi River at New Boston was at 17.99 feet and receding; flood stage is 15.0 feet."

On top of those closures, high water safety protocols have slowed barge traffic movements from St. Louis to New Orleans. Russell said that, "As long as there are no extreme rain events, water levels will fall enough to allow safety protocols to be lifted by the second or third week of May. When safety protocols are lifted, logistics from Cairo to the Baton Rouge/New Orleans Harbors will improve. Barge deliveries to terminals in the Port will be faster and daylight-only docking and undocking of vessels loading midstream will be lifted."

FLOODING CONTINUES TO PUT STRAIN ON AGING LOCK AND DAMS

Every time parts of the U.S. river system floods, more pressure is placed on the already aging locks and dams. Mike Cox, chief of the U.S. Army Corps of Engineers (USACE) Rock Island District's Operations Division, has said in the past that nearly all of the locks and dams on the UMR, including the Illinois Waterway, are experiencing varying levels of problems due do the age of the infrastructure.

As those locks and dams continue to deteriorate, especially when damaged by floods, the USACE has made it clear that it is "unable to adequately fund maintenance activities to ensure the navigation system operates at an acceptable level of performance."

Many times, only temporary repairs can be made, prolonging the possibility that a lock and dam could fail completely, shutting down the river for an extended period of time. When that happens, especially during harvest, farmers end up bearing the losses that would come from the inability of river terminals to load and transport their corn and soybeans to the Gulf for export.

The most recent "temporary fix" was made at Lock and Dam No. 11 in Dubuque, Iowa, on April 24, when cracks were discovered at a mitre gate connection point during a routine inspection. Aaron Dunlop, USACE operations manager for the Mississippi River Project, said that inspectors preparing for an upcoming mitre gate change found the crack. Fortunately, there were already plans for new mitre gates to be installed.

This closure came less than two weeks after the first tow finally reached St. Paul, Minnesota, to open the 2018 shipping season, already well behind schedule. The 24-hour closure caused a backlog of barges that had been working their way north.

On May 1, for the first time in 80 years, new permanent gates were finally installed by the USACE. All four mitre gates were originally installed in late 1930 when Lock and Dam 11 was built. There have been intermittent closures as crews work to replace the four 110-ton gates and American Commercial Barge Line (ACBL reported that the lock would closed from 7 a.m. to 7 p.m. on May 11 to install the gates.

A study funded by the Mid-America Freight Coalition noted that the USACE estimated that backlogged maintenance costs for locks and dams on the Mississippi and Illinois rivers total more than $1 billion. The study concluded that, "Given the age and maintenance backlog, a failure at any of these facilities, especially the southernmost, would divert some of the transport of agricultural products to trucks, which in turn, would add more stress on the nation's highways, many of which are also in need of repair."

Here is a link to the entire study:

President Trump noted in his January 30 State of the Union address that he was approving funding of $1.5 trillion for the rebuilding of bridges, highways, locks and dams, airports and other projects. In Trump's "Legislative Outline For Rebuilding America" posted on the White House website on Feb. 12, 2018, he said that, "My administration is committed to working with the Congress to enact a law that will enable America’s builders to construct new, modern, and efficient infrastructure throughout our beautiful land."

Here is the link to the February 12 release of Trump's infrastructure plan:

Fast forward to May 10 when CNBC reported that White House Press Secretary, Sarah Huckabee Sanders, told reporters that all of President Donald Trump's talk of a massive, trillion-dollar upgrade to America's infrastructure, from "Infrastructure Week" declarations to a 53-page plan unveiled three months ago, won't produce "a specific piece of legislation" in 2018.

It goes without saying that this news is devastating for not only our waterways, but also to roads, bridges, water and sewer systems, railways and subways, airports, and harbors -- all of which are in some need of repair.

Here is a link to the 2017 report card: https://www.infrastructurereportcard.org/…

Of the 16 categories graded by the ASCE, six of those are essential to the success of agriculture shipments. Those categories are bridges, which were graded C+, ports C+, railroads B, roads D-, levees D and inland waterways D. Without any specific financial help from the government, it may not be long before we see the "D" grade become an "F," and should that happen, the consequences could be devastating to the agriculture community -- especially to farmers whose prices and livelihood rely on timely movement of their grain. 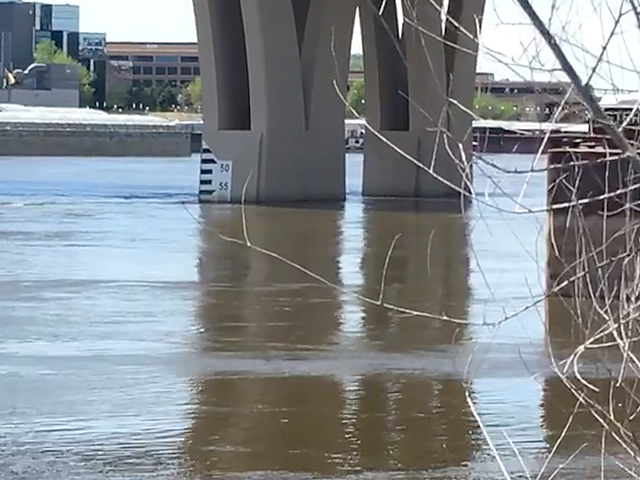