Similar to the excitement surrounding the spring home opener for your favorite professional baseball team, river terminals in the Upper Mississippi River (UMR) are also excited to see the sleeping river wake up after a long winter and once again fill up with barges. It's also good news for grain and feed shippers, as it provides another -- and sometimes cheaper -- route to ship commodities.

Shippers will have to contain their excitement for a while longer this spring, though. The first barge has yet to make its way through Lake Pepin to get to St. Paul, Minnesota, because the ice in the middle of the lake was still too thick on March 14, 2018, to allow tows to pass through.

Lake Pepin, located 60 miles downriver from St. Paul, Minnesota, is the widest naturally occurring part of the Mississippi River. Pepin is the last roadblock for barges waiting to come upriver to open the spring shipping season in the Twin Cities District. Tows prefer the ice thickness to be 15 inches or less before attempting to move through the middle of the lake with barges as they head upriver.

The U.S. Army Corps of Engineers St. Paul District considers the first tow to arrive at Lock and Dam 2 as the "unofficial" start of the navigation season because it means all of its locks are accessible to commercial and recreational vessels. According to the Corps, the earliest date for an up-bound tow to reach Lock and Dam 2 was March 4 in 1983, 1984 and 2000. The average start date of the navigation season is March 22. In 2017, the season opened early on March 9 when the Motor Vehicle (MV) Stephen L. Colby towboat moved through Lock and Dam 2, dropping its first load just south of downtown St. Paul.

This year, measurements started on Feb. 21 as the Corps survey crew used an airboat and a global positioning system to collect the data.

Here is a video showing that process of how and where the Corps measures ice thickness on Pepin: https://goo.gl/…

The last measurement on Lake Pepin showed ice was thinner in some places and thicker in other places, according to the Corps.

NGFA Barge Freight Trading Rule 18(J) states as follows: "The Dubuque and South (mid-Mississippi) opening commences the first 07:00 hours of the first business day after the first empty dry cargo covered barge suitable for loading, originating at or below Winfield, Missouri, reaches Dubuque, Iowa. The mid-Miss opening shall be determined by a majority vote of a three-person committee appointed by the NGFA Chairman and shall be announced by publishing the committee's confirmation of the opening on the NGFA web site."

As set forth in the rule, the Mid-Mississippi River was officially opened as of 7 a.m. on Friday, March 9, 2018, after the MV Jerry Jarrett reached Dubuque at 4:15 a.m. on Thursday, March 8, with at least one empty dry cargo covered barge suitable for loading.

A dried distillers grains with solubles trader told me that barges have started to load in the Dubuque, Iowa, corridor and also in Winona, Minnesota. For the week ending March 13, barge freight rates were higher in the Mid-Mississippi River corridor, signaling shippers are buying freight to move in place to load now that the river has opened for business there.

Rates for the UMR for the week of March 25 are quoted at 575% to 600% of tariff. However, freight brokers have noted that bids are hard to find as many shippers are staying on the sidelines without new grain movement. 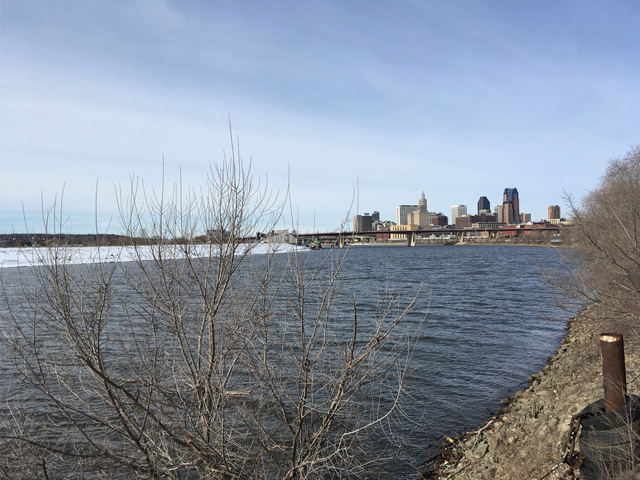