As new-crop soybeans head to U.S. rivers for shipment to the Gulf of Mexico, low water in some spots, high water in other areas and ongoing service issues will slow shipments.

The Ohio River near Brookport, Illinois, has been the biggest problem child this fall. After being closed for nearly one week due to rising water, the U.S. Army Corps of Engineers (USACE) reported that the Ohio River at Lock and Dam 52 (L&D 52) reopened on Oct. 16. The closure caused a backlog of nearly 60 vessels with over 650 barges of all commodities waiting to transit the site, according to the USDA Weekly Grain Transportation report (GTR).

This outage was in addition to the river closure at Lock 53 on Oct. 2 due to a failure of the hydraulics that open and close the lower wicket gate.

According to the USACE, Lock and Dam 52 is a low-lift wicket dam built in 1928 consisting of 487 timber-and-steel wicket gates adjacent to one another, stretching the width of the Ohio River at mile marker 938.9. During periods of high-water navigation, traffic transits over the lowered wicket gates. But during low water, the gates must be raised individually to impound water, creating a navigable depth from Lock and Dam 52 to Smithland Lock and Dam, Kentucky Lake and Lake Barkley.

These are the same locks and dams that were closed from Sept. 6-14 due to an unscheduled maintenance outage at the 89-year-old facility. The navigation pass was closed to traffic while project personnel raised the wicket dam.

The USACE in a press release noted that, "During the raising event, there was a five-wicket hole encountered. Due to the increased velocity around the end of the dam, project personnel were unable to continue raising the wickets. As the river elevations fell, and with decreased water velocity, project personnel were successful in raising wickets beyond the hole. Once the wickets were raised and a navigable pool was impounded, navigation traffic began to use the lock chambers."

Both dams were upgraded with "temporary" 1,200-foot locks to accommodate modern tows when the wickets are up. In a set of emergency repairs completed in June 2017 at a cost of more than $8 million, 82 of the wicket gates at Dam 53 were removed and replaced, according to the USACE. "Locks and Dams 52 and 53 on the Ohio River are to be replaced by the Olmsted Lock and Dam, which was authorized in 1988, but will not open until the summer of 2018. Once Olmsted is finished, Locks and Dams 52 and 53 will be removed." The Ohio River becomes a tributary of the Mississippi River directly south of Cairo, Illinois.

According to the Ingram Barge website, Lock 52 had 43 boats in queue as of Oct. 23, and each day, since only 12-15 boats can lock through, tows must plan for at least a four-day delay there. It was also noted that delays were occurring at various locks across the river system, causing long transit delays.

The website also noted that at miles 38-46 on the Upper Mississippi River, rock pinnacle removal, also known as subsurface rock removal work, was suspended due to the Cape Girardeau gauge rising above 15 feet. There was no estimate when that work will resume. As of Oct. 22, the river gauge was at 22.43 feet and is not expected to start falling until early November.

As new-crop soybeans moved to the river in many areas, barge freight brokers noted that St. Louis, Illinois, Mid-Mississippi, Ohio and even MTCT (Memphis through Cairo terms) corridors were seeing a pick-up in activity. One barge line noted that shippers were trying to find "on station" freight to load Friday and Saturday, but rain expected on Sunday had left some shippers concerned about buying too much freight for the upcoming week.

As long as there is demand for barges to move new crop, freight prices will likely continue to increase. On top of the harvest demand, slowdowns and stoppages due to lock repairs, high or low water conditions and general river maintenance could also add to higher freight costs.

With the new-crop cash price for corn and soybeans already succumbing to harvest pressure, the increase in freight costs will only add to weaker prices for farmers. 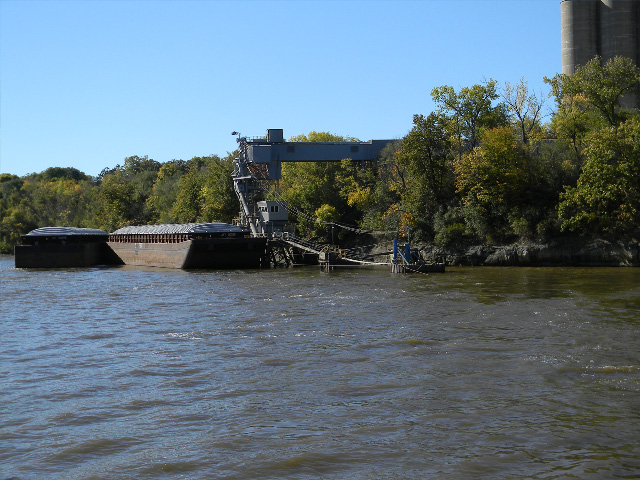