"If and when the train does get here," manager Tim Luken told DTN via email on Aug. 20, "we will load 25 cars, 85,000 bushels of spring wheat. That will be enough to run us for 5 hours and then fill again.

"There are farmers that have their trucks full and waiting for us to get room again," said Luken. "Some producers have run out of room and now the only room left is at elevators. The RCP&E Railroad is doing the best they can with the resources the CP is giving them. This isn't going away anytime soon either."

Every single Midwest Cooperatives elevator is full, Jeremy Frost, grain merchandising manager told DTN via email on Aug. 22. Midwest Cooperatives has locations at Pierre, Onida, Blunt, Philip, Kadoka, Draper and Highmore, all in South Dakota, and is associated with CHS Inc. The elevator is served largely by the Rapid City, Pierre & Eastern Railroad based at Rapid City, S.D., which was sold to Genesee & Wyoming Inc. on May 31, by Canadian Pacific Railroad, but relies on CP to drop rail cars for shippers on the line.

"We're just starting spring wheat and piling it on the ground in Pierre and are looking for other locations to pile it," Frost said. This is on top of the winter wheat, approximately 150,000 bushels, that was piled in Pierre in late July and still sits there.

Frost said some of his farmers are taking wheat south to Nebraska. "Some are going further north with their wheat and others are putting it in bags and piles," he said. "Typically, they'd make a 50-mile round-trip to sell grain and now it's easily 150 miles or more."

Keith Brandt, manager of Plains, Grains and Agronomy located on the CP in Enderlin, N.D., told DTN, "Loading a June 2 shuttle. Have mid-April 25 car and single orders not filled. It's going to be a long fall."

Farther north, Jeff Kittell, manager at Souris River Cooperative on the CP in Lansford, N.D., said nothing has changed for him since he talked to DTN one week ago. "Still waiting on March orders, but we are 'supposed to' see a train this week for weekend loading." He is still concerned the CP may not fill the older orders.

Sinner told DTN, "This hearing is an opportunity for the STB to hear from shippers and see that the progress made by the rail companies still isn't enough to alleviate the pressure and loss of revenue being placed on farmers today. Harvest is here, and our farmers can't wait any longer for action. We look forward to having the STB in North Dakota and discussing real, common sense solutions." Sinner has been a staunch advocate for grain shippers in North Dakota facing the ongoing transportation issues caused by the railroad backlogs. Here is the public notice by the STB announcing the hearing on Sept. 4: http://goo.gl/…

The BNSF said in their weekly service announcement on their website that good progress in decreasing the number of past-due car orders for agriculture customers continued. "U.S. past-due orders are now at 2,609, at an average of 12.9 days late. Likewise, coal customers experienced higher average daily coal deliveries for the week at 744,000 tons, up 30,000 tons delivered compared to the prior week, and nearly 22% higher than our baseline week in early February."

"Train velocity was flat compared to the prior week at 14.6 miles per hour. Trains holding for power increased 10% week over week, driven by a 49% increase in the South Region caused by weather-related issues in the southwest and previously planned maintenance and capital projects. Nonetheless, compared to our baseline week in early February, trains holding remains down 31.2%."

Here is the link for the complete BNSF service report on Aug. 22 to STB: http://goo.gl/…

In a letter on Aug. 22, USDA filed reply comments to the Surface Transportation Board on the board's current rail rate challenge procedures and also reported the losses suffered by poor rail service since January 2014.

USDA pointed to a North Dakota State University study that estimated a $67 million loss in North Dakota farm level revenue for crops that were sold from January through April. In addition, the study estimated another potential $95 million loss in farm revenue if crop basis levels did not improve. USDA said another study estimated delays in railroad shipping have cost Minnesota corn, soybean, and wheat farmers nearly $100 million and have cut deeply into the value of grain still in storage.

"The losses occurred because of unexpected increases in transportation costs, such as skyrocketing costs of grain cars on the secondary railcar market that peaked at $6,000 per grain car, and other transportation-related costs associated with the rail service crisis," USDA stated. "Early on, some of these additional costs were likely borne by the exporter through reduced margins, but as the situation progressed, were more likely reflected in the prices paid to producers for their crops." The entire USDA filing to the STB can be seen here: http://goo.gl/… 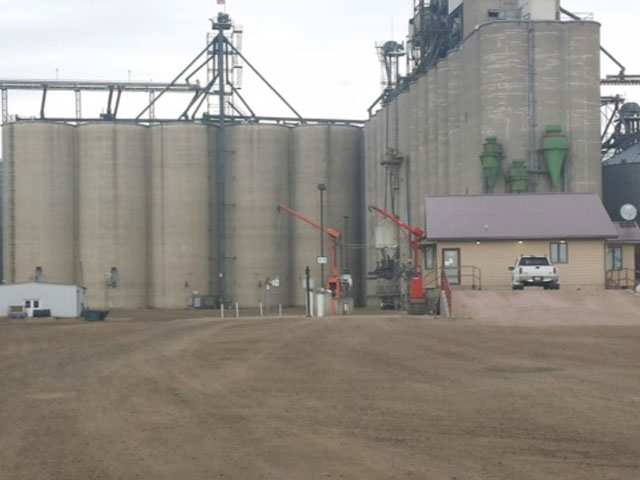 Unknown
8/27/2014 | 4:28 PM CDT
Pastures full of pairs, feed yard full of fats, - 92 basis fall delivery corn, you have got to love this country! Rex Binger Tulare South Dakota
Raymond Simpkins
8/26/2014 | 10:06 AM CDT
Our area the saying is NO RAIN NO GRAIN don't need TRAIN
Bonnie Dukowitz
8/26/2014 | 5:28 AM CDT
Good one, GWL. Political prevention of infrastructure. It may not seem a direct cause, but energy transporting via pipelines would solve much. But then, one can not use them if construction has not kept up to the need.