In this Equipment Roundup, Solectrac Inc. has donated its first Compact Electric Tractor to help educate students, Valley Irrigation has acquired PivoTrac, and Sukup doubles its capacity through an acquisition. The Love's Family of Companies, Cargill and their affiliates have entered a joint venture to produce and market renewable diesel. Also, the Association of Equipment Manufacturers Hall of Fame remembers two Hall of Famers who have recently died.

The CET will be used on the seven-acre Kokua Learning Farm on Oahu. The farm will be a gathering place for students to learn about food production.

The 30-horsepower diesel-equivalent CET is a versatile, four-wheel-drive utility vehicle for vineyards, small farms, greenhouses, golf courses and municipalities. Its 22-kilowatt-hour battery pack offers up to six hours of runtime. The CET accepts all Category 1, 540 PTO implements, including hydraulics on its rear hitch.

Sukup Manufacturing Co. announced it acquired assets of Global Fabrication Inc., a fabrication facility in Hampton, Iowa. The purchase allows Sukup to double its capacity for catwalks, towers and other structural products.

Cargill will provide feedstock in the form of tallow. Heartwell Renewables will be the only entity of its kind to both produce and market renewable diesel all the way to the retail pump.

The production process makes renewable diesel chemically identical to petroleum diesel with significant improvements in environmental performance. Renewable diesel also has a faster combustion speed, which brings more power to an engine and has been shown to lower maintenance.

Heartwell operations are planned to start in the spring of 2023.

As it looks to nominate new members to the Association of Equipment Manufacturers Hall of Fame, the industry organization remembers two Hall of Famers, who have recently died.

-- Cyril Keller, a member of the 1999 induction class to what was then known as the Construction Equipment Hall of Fame (now AEM Hall of Fame) passed away Oct. 28, 2020, in his hometown of Fergus Falls, Minnesota. Keller was inducted, along with his younger brother Louis (1923-2010), for his development of the first skid steer loader.

The Keller brothers, originally trained as blacksmiths, operated their own machine shop in Rothsay, Minnesota, when a farmer friend needed a machine capable of cleaning out his turkey barns.

Their first designed three-wheel loader evolved into a four-wheel loader. By 1960, after selling the manufacturing rights to Melroe Manufacturing, the first loader would go on sale under the name "Bobcat."

-- Helmut Claas, a member of the 2013 induction class of the AEM Hall of Fame passed away Jan. 5, 2021. Claas was inducted for his leadership and engineering skills, co-designing Claas' Dominator (1971) series combine harvesters, Jaguar (1973) series forage harvesters and Xerion (1978) tractors.

The son of company founder August Claas, Helmut began work as a machine fitter apprentice in the 1930s, going on to learn metalworking, metal casting and then studied agriculture in Paris. Claas became managing director of CLAAS in 1962. 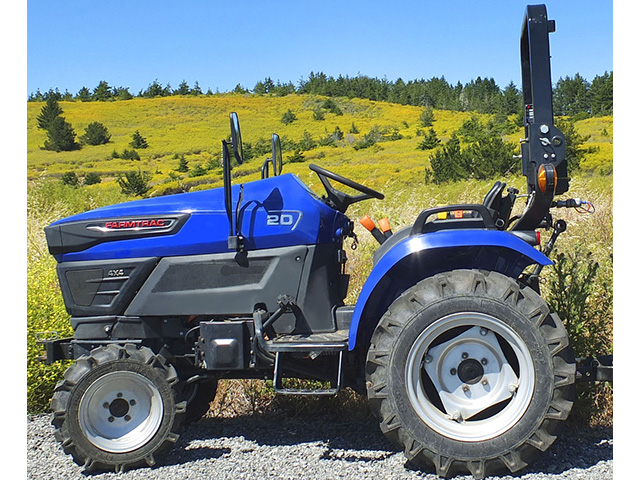