A survey of Association of Equipment Manufacturers (AEM) member companies showed nearly all manufacturers are seeing negative economic effects from the COVID-19 pandemic.

The results of the survey, released April 29, showed it hasn't been business as usual for equipment manufacturers.

Respondents were asked about the economic impact of the pandemic for the next 30 days, just over half (55%) said that it will remain the same while four out of 10 (42%) believed it will get worse. Looking ahead to the rest of the year, almost six in 10 (58%) said the situation will improve.

The COVID-19 pandemic will have a significant financial impact on equipment manufacturers this year. Almost four out of 10 (38%) respondents expected to lower their financial outlook in the next 30 days by between 11% and 30%, while three out of 10 (28%) said it would be more than 30%.

The virus is affecting equipment manufacturers' business in a number of ways, including demand for new equipment. More than nine of 10 (91.3%) said they identified a decrease in demand (new orders) as the primary impact of the current crisis.

When asked what was the greatest challenge facing equipment manufacturers because of the pandemic, respondents overwhelmingly agreed on three main issues. The financial impact on the business, employee health and well-being, and cancelled and delayed orders were the top three responses.

Almost eight out of 10 (79.2%) respondents said they would like to see a significant investment in infrastructure, including immediate passage of a surface transportation reauthorization bill. Seven out of 10 (70.8%) identified the continued and clear designation of equipment manufacturing as "Essential Critical Infrastructure Workforce" while one out of three (35.4%) want a suspension of all payroll taxes for the next 90 days.

The survey was conducted from April 16 to April 27, 2020, and a total of 105 companies responded. More than half (54.3%) of the companies that participated in the survey manufacture heavy equipment, one in six (17%) build light equipment and a quarter (25.5%) make components or attachments.

The read the entire survey, click the following link: https://www.aem.org/… 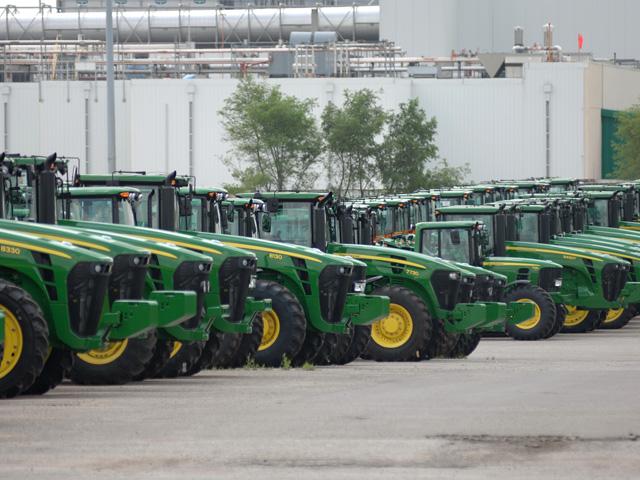