It's started. Dealers and manufacturers are trailering samples of their hardware to outdoor farm show sites, hoping the rain will hold off, the thermometer won't hit 95 and crowds will pour in. Farmers, spouses and kids are planning trips to the shows. That will involve hours of walking, foraging for meals of fair food and visiting crowded booths. Maybe they will pick up some "gimmies" like farmer caps or walking stick/rulers.

For ag journalists like me farm show season is a mixed bag. All that walking fair goers do? Add a backpack with heavy camera gear. That fair food? Try eating it while walking because your next appointment is at the other end of the fairgrounds in 20 minutes. Those crowded booths? Great folks there, but when you are elbow to elbow with your journalistic competitors, unique insights are hard to find.

Enough whining. I like farm shows. I really do. Farm shows are an important piece of the farm equipment puzzle I constantly try to put together. They are a great way to take the temperature of the industry and to see trends. New products on display at shows indicate what manufacturers think farmers are in the mood to buy. And the quantity of new equipment models indicates how much money manufacturers think farmers have to spend.

A few years ago, for instance, the buzz about new equipment was so loud it nearly drowned out the country music blaring through midway speakers. Of course, that was when corn was at $8 and farmers were on a buying spree. The buzz is only a whisper these days and the industry temperature is cool.

This year in emailed invitations to stop by their booths, many manufacturers have been a bit vague about what new products await me there. (But all will be "exciting.") Many companies are touting what are essentially upgrades to existing products lines. Somehow, I don't get the feeling that this year will be a banner year for game-changing introductions.

And why would it be? The simple fact is that farmers are not buying as frequently or as extensively as they did five years ago. Manufacturers are in no hurry to retool factory production lines in order to make totally new machines. Instead, they are offering tweaks and improvements. Remember, too, many of those same factories have had to lay off assembly plant workers because they had slow production. No place to go with products; dealers' lots are full and advance orders are scarce.

All of this is cyclical, of course. It was only three years ago that Jim Walker, vice president of North American agricultural business for Case IH, called 2013 "monumental," the largest new product launch in company history. No one will say that about 2016 and probably not 2017.

But agriculture is eternal. Its seasons vary according to weather and the global economy. The machinery industry follows. Today, manufacturers know farmers are looking for ways to make the most efficient use of what they already have. So companies are releasing products that tinker around the edges. If an accessory or a minor change can help a farmer make even a marginally larger profit, machinery companies will happily sell it to him.

For that reason, it's probably a good time to be a shortliner or even a one-liner. They can more quickly adapt to the times to create small gems: a gadget, a tool or an adaptation that will more than pay for itself in the effort it saves.

Farm shows are like treasure hunts. I'll let you know what gems I find this season. 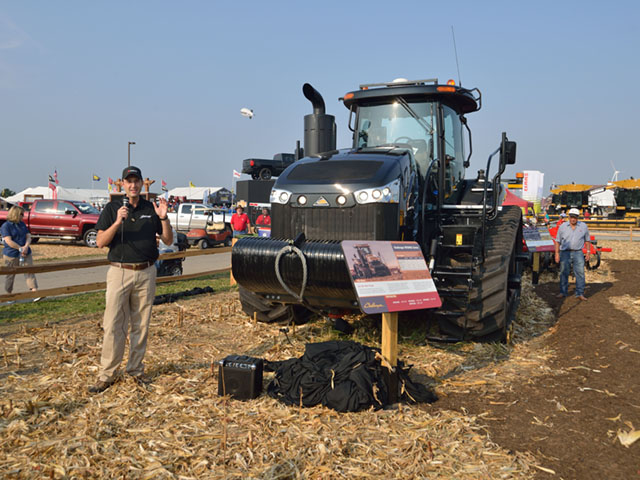