A generally dry August in much of the Eastern Corn Belt turned even drier in other key corn and soybean producing regions in September.

The accompanying graphic reports on September 2017 precipitation for the top 21 corn and soybean producing states shows how much of the Delta and Eastern Corn Belt were deprived of moisture last month with a number of states having less than half their normal rainfall.

Only seven of the 21 states had September 2017 rainfall above their 1960-2016 average with Louisiana and Missouri having their driest September at least since 1960 with Arkansas the second driest and Illinois and Michigan their third driest September since 1960.

This helps explain the emerging drought in much of the Midwest with moderate to even extreme drought now in both Illinois and Iowa. 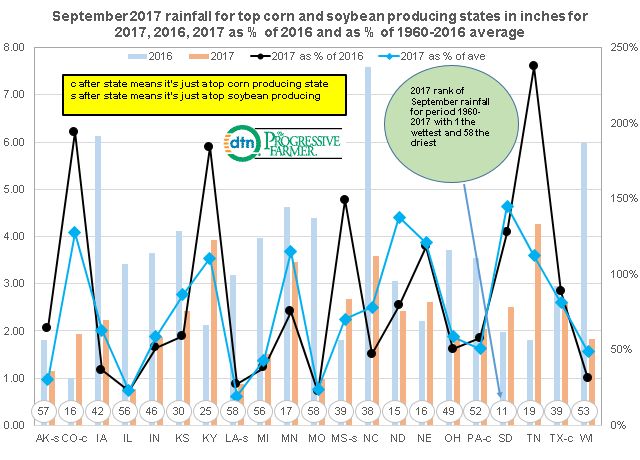