LINCOLN, Neb. (DTN) -- Congress may be moving closer to a vote on establishing year-round E15 sales on a national basis, after members of the U.S. House of Representatives on Wednesday introduced companion legislation to a U.S. Senate bill introduced in recent weeks.

The prospects of re-establishing year-round sales at least to some degree have improved in recent days. The White House has launched a review of petitions filed by nine governors to make E15 sales permanent and now both chambers in Congress are moving legislation.

The Consumer and Fuel Retailer Choice Act of 2022 was introduced by Reps. Angie Craig, D-Minn. and Adrian Smith, R-Neb., and has 21 co-sponsors.

The legislation would harmonize fuel volatility regulations for ethanol-blended fuels across the country, allowing for the year-round sale of E15 in conventional gasoline markets. It also would supersede an effort by Midwest state governors to make regulatory changes that would assure the availability of E15 sales year-round in their states, https://www.dtnpf.com/….

"Our nation's ethanol producers, oil refiners, fuel retailers, equipment manufacturers, and farmers have all come together for the first time ever to support legislation that ensures American families can choose lower-cost, lower-carbon E15 at the pump every single day of the year," Renewable Fuels Association President and CEO Geoff Cooper.

"We thank Reps. Craig, Smith, and the other renewable fuel supporters in the House for introducing this bill to bring much-needed consistency and stability to the marketplace. This simple and straightforward solution will finally remove a burdensome and nonsensical barrier to the broader deployment of cleaner, more affordable fuels. We are highly encouraged by the broad, diverse and bipartisan support that this effort is receiving, and we urge Congress to move quickly to adopt this commonsense legislation."

American Coalition for Ethanol CEO Brian Jennings said the time was now for a permanent solution for E15.

"Achieving a national, permanent solution for E15 year-round is best done through Congress and we are enormously grateful for the leadership of Reps. Craig, Smith and other House biofuel supporters for introducing this legislation to clarify the statute ahead of the 2023 summer driving season," he said in a statement.

"Cutting the E15 red tape has been an urgent priority for our industry and this legislation would help unleash the cost saving benefits greater access to higher ethanol blends offers to consumers and decarbonize our transportation sector."

In November, RFA and the American Petroleum Institute led a broad coalition of energy and agriculture organizations that called on Congress to quickly adopt legislation. The RFA said in a news release that an estimated 97% of registered vehicles on the road are legally approved by the EPA to use E15, and the vast majority also carry the manufacturer's endorsement to use E15.

"We have long supported a move to higher level blends of ethanol and are pleased to work with a diverse coalition of petroleum, renewable fuel, and agriculture groups in support of this effort," said NFU President Rob Larew said in a statement.

AFBF President Zippy Duvall said in a news release the bill would provide "consistency and stability" to the marketplace.

NCGA President Tom Haag said the House bill was a "common-sense resolution" to what is an "outdated barrier" to E15. 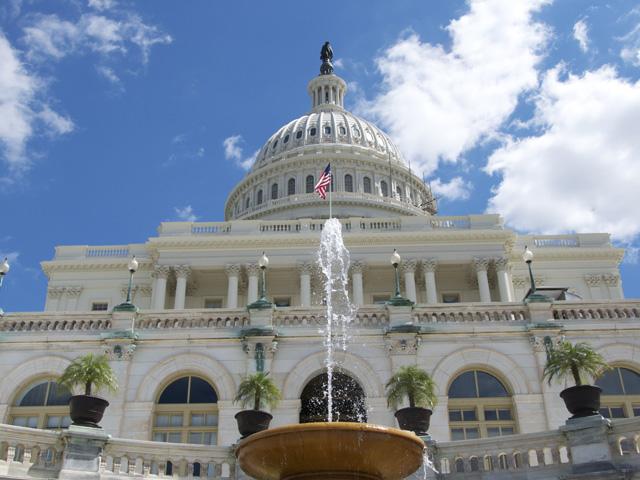