LINCOLN, Neb. (DTN) -- The state of Nebraska will continue to study the use of E30 in state vehicles after the EPA granted approval for the second phase of a project that launched in 2019.

The state launched an initial pilot program in 2019 by using E30 blends in state vehicles. The results of that test showed the fuel to be safe and reliable in conventional, or non-flexible-fuel vehicles.

In 2021, the University of Nebraska-Lincoln's engineering department released a report outlining its analysis of data from the first phase of the demonstration conducted on 50 state vehicles. This peer-reviewed research was the first scientific demonstration of its kind on E30.

The second phase of the E30 demonstration is scheduled to begin this fall and include up to 825 state vehicles, according to a news release from Nebraska Gov. Pete Ricketts.

"While further demonstrating the safety and reliability of E30, the state will also significantly reduce its fuel costs and carbon footprint through the program," according to the news release.

One of the key findings in the first phase of the E30 demonstration is how allowing statewide use of the fuel could help the environment.

The Nebraska Ethanol Board said if even 10% of the 1.7 million registered non-FFVs in Nebraska used E30 instead of E10, ethanol consumption would increase by about 18.5 million gallons per year and carbon emissions would decrease by about 64,000 tons per year.

"Promoting higher ethanol blends should be a centerpiece of our national strategy to lower gas prices," Ricketts said in a news release.

"Ethanol saves drivers money at the pump, is better for the environment and creates opportunities for farm families in America's Heartland. Nebraska has already demonstrated that E30 can be used in regular vehicles without reducing performance or requiring extra maintenance. With our expanded study, we'll be in an even stronger position to advocate regulatory change to make E30 accessible to everyone."

EPA guidelines currently allow use of ethanol blends higher than E15 only in FFVs.

Reid Wagner, executive director of the Nebraska Ethanol Board, said the state plans to work with the ethanol industry and EPA to continue the demonstration for at least two years.

"We have demonstrated that higher ethanol blends release fewer harmful emissions, have no detrimental impact on vehicles, and save consumers money. We hope to see other states follow Nebraska's lead by demonstrating the use of E30 in their state fleets."

The phase-one results of the Nebraska study found just as markets for E15 continue to grow across the country, because E30 is about 2.5% less expensive than E15, the wide use of E30 would make it a more economically viable fuel.

What's more, the study found non-FFVs were able to adjust the air-to-fuel ratio to adapt to E30's higher oxygen content. As part of the first phase, the state tested 26 vehicles fueled with E15 and 24 with E30. The vehicles used were Dodge Avengers and Chargers, as well as Ford Fusion, with model years ranging from 2013 to 2015.

The analysis said if the state's non-FFV vehicle fleet changes from using E15 to E30, ethanol consumption would increase by about 66,000 gallons per year with a reduction of 529 tons of carbon dioxide emissions.

If E30 consumption was allowed statewide and 10% of drivers convert from E10 to E30, ethanol consumption would grow by 18.5 million gallons per year and CO2 emissions would decrease by about 64,000 tons per year.

Last summer a group of U.S. senators introduced legislation that would expand demand for ethanol by establishing high-octane certification test fuels containing 20% to 30% ethanol and requiring automobile manufacturers to design and warranty their vehicles to use the fuels beginning in 2026.

The Next Generation Fuels Act also includes a low-carbon requirement, specifying that the source of the octane boost must reduce lifecycle greenhouse gas emissions by an average of at least 40% compared to a 2021 gasoline baseline. That would be determined by using the U.S. Department of Energy's GREET model. The legislation would require the development of fuels with the research octane number, or RON, of 95 and 98.

The bill was introduced by Iowa Republican Sens. Charles Grassley and Joni Ernst, Amy Klobuchar, D-Minn., and Tammy Duckworth, D-Ill. Similar legislation has been introduced in the U.S. House of Representatives by Rep. Cheri Bustos, D-Ill.

Although high-octane fuels such as ethanol also are low carbon, when it comes to decarbonizing the transportation fuel sector the Biden administration has directed significant federal resources toward expanding the use of electric vehicles while high-octane fuels have received little attention. 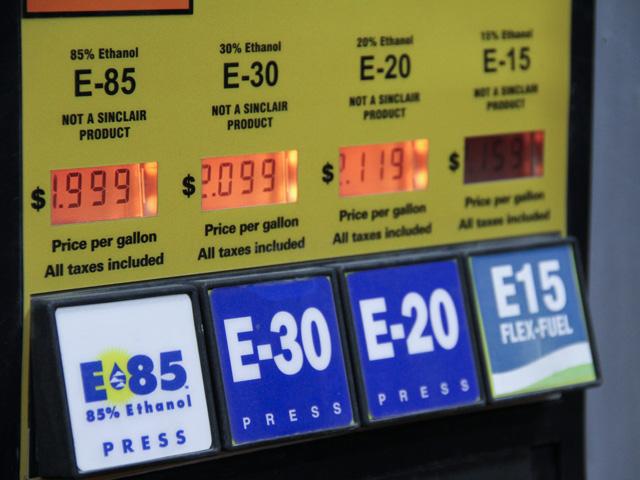