LINCOLN, Neb. (DTN) -- The U.S. ethanol and agriculture industries are facing a number of rail-transportation difficulties in recent months, an official with ethanol interest group Growth Energy told the head of the U.S. Surface Transportation Board, forcing ethanol producers in particular to take costly measures to adjust.

Chris Bliley, senior vice president of regulatory affairs for Growth Energy, brought those concerns to the attention of the board's chairman Martin Oberman in a letter on Friday.

"Given the board's continued oversight of rail-service issues and their impact on shippers of energy and agricultural commodities, I write to make you aware of significant service delays and disruptions in the rail-supply chain facing the biofuel industry," Bliley wrote in the letter.

Bliley said Growth Energy has heard from a number of its 89 ethanol producer members about rail disruptions.

For example, he said across the industry, biorefineries whose storage is full, have had to curtail production waiting on delayed empty cars to arrive.

"Destination fuel terminals have run out of ethanol waiting on cars to arrive resulting in retail customers unable to blend fuel for their driver customers," the letter said.

In addition, he said manifest traffic has been on average two to four days slower and in some "extreme situations" on certain lanes it has been 10 to 14 days delayed.

Bliley said unit train traffic has seen "inconsistent pulls and severe delays" in getting loaded trains offsite. "Unit traffic is averaging three to four days of delay with multiple occasions of five-to-seven-day delays, and "extremes" of nine to 12-day delays.

"One train sat for 12 days before moving from its origin," Bliley said in the letter.

Ethanol makes up more than 10% of the nation's fuel supply, and nearly 70% of ethanol is shipped by rail to key distribution points throughout North America.

"With ethanol trading 80 cents to a dollar per gallon less than wholesale gasoline," Bliley said, "it is essential that ethanol reach its destination to benefit American drivers facing high gasoline prices.

"While we certainly understand that a variety of factors have contributed to these rail disruptions, it is imperative that all possible actions be taken by the nation's railroads to ensure that these critical fuel supplies are immediately prioritized and reach markets as quickly as possible. Further delays could not only impact our industry but could ultimately increase fuel costs for American drivers." 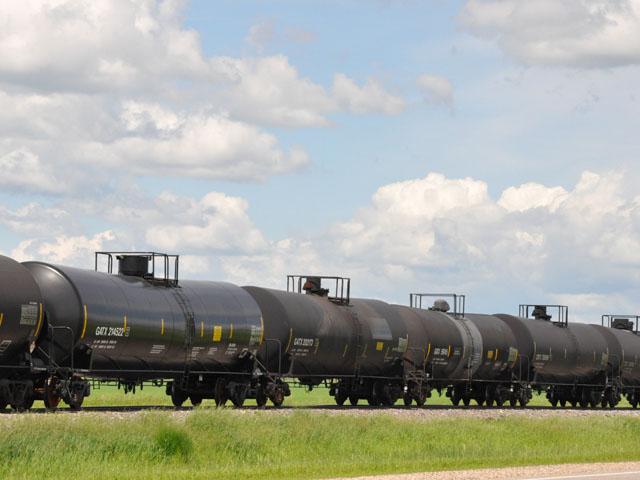