LINCOLN, Neb. (DTN) -- As the Biden administration reportedly considers the possibility of an easing of Renewable Fuel Standard volumes in response to rising food prices, a group of biofuels and agriculture groups have asked the White House to restore year-round E15 availability even on an emergency basis to combat rising gasoline prices.

A Reuters story on Thursday, citing unnamed sources, indicated Biden has the RFS on the table as a way to respond to rising food prices. Federal Reserve Chairman Jerome Powell said this week he supports a hike in interest rates in response to the highest inflation rate in 40 years at 7.5%.

Despite the White House's attention on the RFS, most studies since the implementation of the law in 2007 have found little or no connection to food prices.

According to a January 2021 analysis by the International Council on Clean Transportation, in 2019 the RFS contributed just a .1% increase in food spending for U.S. consumers.

"Specifically, we request that the administration use its authority to authorize the year-round sale of gasoline blended with up to 15% ethanol in response to surging oil prices and expected fuel supply disruptions caused by Russia's invasion of Ukraine," the groups said in the letter.

"Over the past two months, oil prices have risen steeply from around $70 per barrel to more than $100 per barrel, and gas prices are inching closer to record levels," the groups said.

"As Russia's harmful actions in Ukraine continue and further sanctions are potentially imposed against Russia, oil prices will likely continue to rise, creating still higher consumer costs and threatening U.S. energy and economic security. Expanding the volume of American-made ethanol in the U.S. fuel supply can help alleviate these issues, as ethanol is currently priced 70 to 80 cents per gallon lower than gasoline."

The groups said E15 would help to displace imported petroleum products and would "enhance U.S. energy security and independence, while reducing emissions and supporting America's farmers and rural economies."

A federal court last year vacated EPA's year-round E15 rule and the Supreme Court declined to consider a petition, leaving it up to the Biden administration to act.

"E15 has been approved for sale since 2010-2011, but regulatory roadblocks have slowed E15's introduction into the market, particularly during the summer ozone control season -- May 1 through Sept. 15," the groups said.

The groups said there are three possible ways to eliminate E15 barriers.

That includes the EPA granting a waiver, or the administration could use "its executive order authority, to authorize the sale of E15 pursuant to its broad executive authority triggered by a national emergency. A potential energy crisis could certainly constitute a national emergency and enabling E15 to be sold year-round would be a straightforward solution to address such a situation." 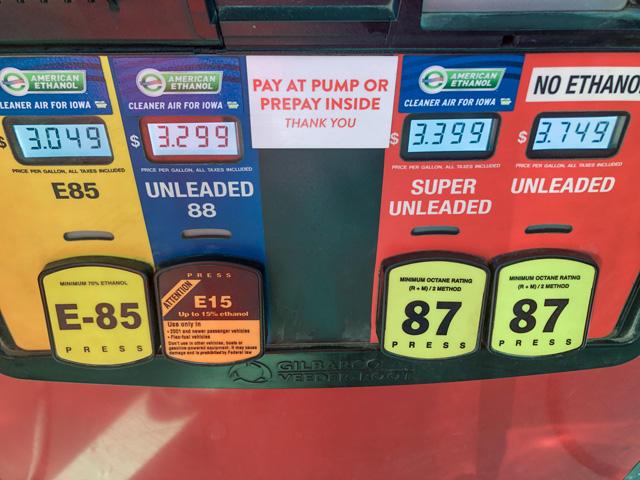