LINCOLN, Neb. (DTN) -- A bipartisan group of U.S. senators this week asked the EPA to take a number of steps on the Renewable Fuel Standard ahead of Friday's deadline for submitting comments to the agency on its latest proposal.

Back in December the Biden administration announced proposed RFS cuts, the rejection of all pending small-refinery exemptions and the approval of federal aid to biofuel producers hurt by the COVID-19 economic shutdown.

The EPA proposal calls for retroactive cuts to the corn-ethanol portion of RFS volumes below 15 billion gallons at 12.5 billion for 2020 and sets the level at 13.32 billion for 2021.

The proposal delivers a victory to oil producers who have been asking for cuts to conventional ethanol for some time. The agency would then increase corn-ethanol volumes to 15 billion gallons in 2022.

The negative RFS news for biofuels and agriculture was offset by EPA's proposed rejection of the pending 65 small-refinery exemption requests for 2016 through 2021. As part of the announcement, EPA proposed a new method for determining who receives exemptions.

Also, USDA announced the approval of $800 million in aid for biofuels producers hurt by the COVID-19 economic shutdown.

On Monday, a group of 14 senators from biofuels-producing states asked EPA Administrator Michael Regan to take a number of steps to change what the lawmakers say are shortcomings in the proposals.

In the letter the senators asked EPA to maintain the blending requirements for 2022 at the proposed levels, including half of a court-ordered 500-million-gallon remand.

The senators asked Regan to deny all pending small-refinery exemptions and finalize its proposed change in approach to considering exemption requests.

In addition, the senators asked the EPA to eliminate proposed retroactive cuts to the 2020 renewable volumes obligations and to set the 2021 volumes at the statutory levels.

"By taking the actions below you can ensure farmers and biofuel producers have confidence that you are making the RFS a priority," the senators said in the letter.

"We support your efforts to bring more transparency and consistency in the program's implementation. While there are aspects of these rules that support our homegrown energy future, our constituents need to see improvements to the proposal."

The senators expressed concern about proposed retroactive cuts to corn ethanol from the 2020 final numbers.

"You have stated that the goal of EPA with respect to the RFS is to get the program 'back on track' and provide 'more certainty in the decisions that we've made,'" the letter said.

"Re-opening RVOs that have already been finalized while setting a precedent that future administrations and EPA administrators may retroactively lower previously finalized RVOs does the opposite of providing more certainty in the program. It would undermine confidence in any finalized RVO by rendering them a moving target at best -- and irrelevant at worst.

"Moving forward with these retroactive cuts fails to consider the self-correcting mechanism built into the RFS that adjusts biofuel blending to reflect lower gasoline usage."

The senators closed the letter by asking Regan to finalize the proposal "as quickly as possible."

Renewable Fuels Association President and CEO Geoff Cooper said in a press statement on Tuesday that the lawmakers "understand that the RFS is the most powerful and effective tool we have to immediately reduce greenhouse gas emissions from the transportation sector, keep consumer gas prices in check, and support a vibrant rural economy."

"The final versions of the recently proposed 2020, 2021 and 2020 RVOs will have an immense impact for years to come on not only the biofuels industry, but also on the environment as our nation works to achieve net-zero emissions," she said in a statement. 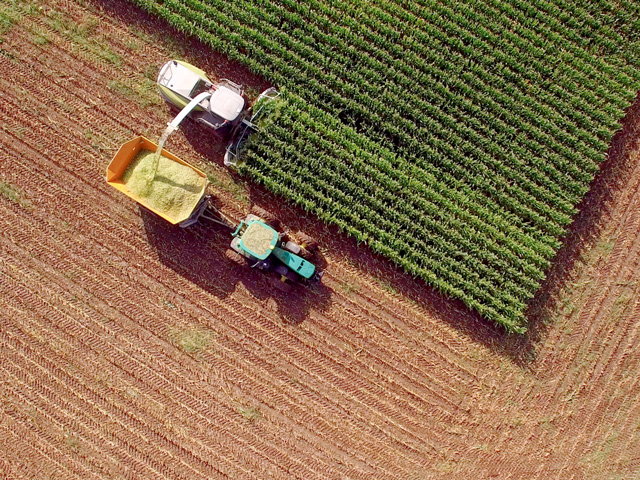