LINCOLN, Neb. (DTN) -- After reports surfaced the Biden administration was planning to reduce volumes in the Renewable Fuel Standard, a group of Republican senators from oil-rich states asked the EPA administrator to make reductions in the RFS.

In a letter to EPA Administrator Michael Regan on Monday, the 17 senators said the RFS is making it more difficult for oil refiners to stay in business.

"Obligated parties subject to the onerous requirements of the RFS have been facing historically high compliance costs, which threaten the viability of these entities' continued operations," the letter said.

In response to the letter, Renewable Fuels Association President and CEO Geoff Cooper said he expects Regan and the White House to "see right through this charade.

"Asking EPA to waive the 2020 RFS standards -- which were finalized by the previous administration in 2019 -- is a fool's errand," he said.

"EPA has repeatedly stated that it does not have the authority to go back in time and change RFS volumes that have already been finalized and the Biden administration knows that reducing the 2021 and 2022 RFS volumes would derail the president's agenda related to clean energy, climate, and domestic manufacturing jobs."

Cooper said such an action would also be a "big step backward" in the administration's goal of net-zero emissions by 2050.

"RFA continues to urge EPA to preserve the 2020 RVOs that were finalized nearly two years ago and move expeditiously to adopt strong RVOs for 2021 and 2022, including the statutory allotment of 15 billion gallons of conventional renewable fuel annually," Cooper said.

In the letter to Regan, the lawmakers said oil refiners are facing rising RFS compliance costs as the price of RINs (renewable identification numbers) have eclipsed $2.

"The program's unprecedented burden has been induced, in part, by EPA's misguided decision to reallocate estimated volumes from small-refinery exemptions that the EPA never granted and uncertainty regarding U.S. fuel demand whether or not EPA will propose 2021 and 2022 RVOs that will exacerbate already unachievable mandates," the letter said.

"In addition to threatening the livelihoods of thousands of blue-collar workers, high RIN prices are also contributing to the skyrocketing gas prices that our constituents are facing at the pump."

The senators asked Regan to take "concrete steps" to "stabilize the RFS compliance system" by setting the 2021 and 2022 RVOs below the blend wall.

"EPA data indicates that not enough RINs are being generated to meet the mandate and there will likely be an insufficient number of carryover RINs from last year (commonly referred to as the RIN bank) to make up the shortfall," the letter said.

"If the RIN bank is depleted, there would be no RINs available for obligated parties to purchase, leaving U.S. refiners little choice but to cut fuel production, increase fuel exports, or face non-compliance with the RFS. All of these outcomes would harm U.S. consumers, threaten union jobs, and curtail the ongoing economic expansion."

The senators said the cyberattack on the Colonial Pipeline a few months ago "highlighted the need" for a "stable, geographically diverse, and secure" fuel supply.

"As a result of the hack, over 30% of gas stations in seven states experienced fuel outages, and gas prices hit six-year highs, including a 25-cent spike in Georgia over the course of one week," the letter said.

"Additionally, seven U.S. refineries shuttered or repurposed their operations in the last year alone, reducing the country's refinery capacity to the lowest level since 2015. We urge EPA to take action to reduce RFS compliance costs in order to avert additional financial hardship for consumers and protect the continued viability of U.S. refineries." 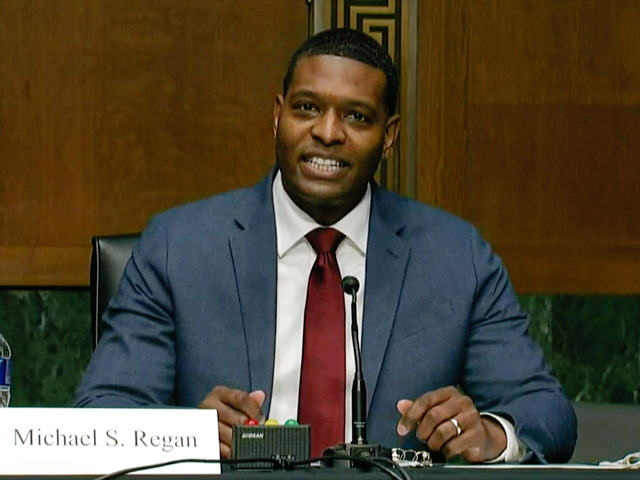